In an effort to save money and increase productivity, Portugal is getting rid of some holidays that people don’t really celebrate anymore.  Among the obsolete days of non-work, the day the nation dumped the monarchy and became a republic, October 5th, 1910.  More than 100 years since that significant moment in history, no one alive remembers it, and few are the voices that think its worth hanging on to as a holiday.

Here in the Netherlands, this past Friday was Remembrance day, which includes the 2 minutes of silence which takes place every May the 4th in memoriam of all the victims of WWII (though more recently it has been expanded to include victims of all military conflicts, its still more famous for WWII victims).  A friend’s grandfather, who lived through the occupation of the country and the war that caused so much pain and destruction, finds the 2 minutes of silence un-necessary – after all, he lived through it. But WWII is much more recent and much more significant in the lives of present day people in the Netherlands that the establishment of the republic is for today’s Portuguese. The reasons probably seem obvious.

But it occurs to me that 100 years from now, WWII remembrance day may also get put aside for economic or social purposes.  At some point enough time passes that these significant moments that some lived through and others know all-to-well from stories and history books, even these seemingly vital rituals will not be seen the same way.  This is not to say it is a good or bad development, these moments in history and the holidays dedicated to them, can fade over time.  It is, if anything, just an odd characteristic of us as a species.  We may record history, but over time, to some degree, it becomes natural to forget.

Imagine that. The era will come where WWII is referred to in the same far-off spirit as today we look at the war of 1812 or the wars during Roman times. September 11th will no longer be remembered as it is today, nothing special will take place at the sight of the World Trade Center, life – like time – just keep moving along. 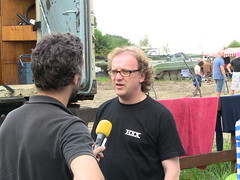 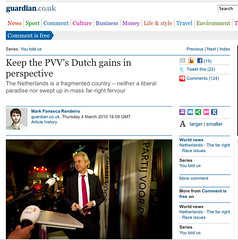 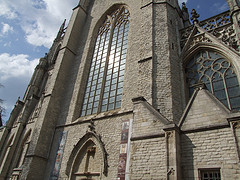