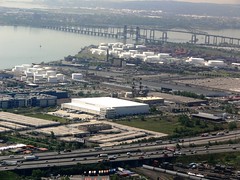 Our Gadgets, Our Planet

Photo by David in China

This week I will meet up with David Kousemaker of TechTravels to interview him about his work on the issue of where our old gadgets end up. More specifically we will delve into a topic that the mainstream world only occasionally alludes to when they mention how “somewhere in China” our old computers and phones are painstakingly recycled in the most horrendous of conditions.  Amazingly such an alarming statement is taken as almost cliché when you look at how rarely media outlets get deeper into this issue.

But over the past few years, David Kousemaker has done just that. In fact, he has gone beyond what most any other newspaper or reporter has ever uncovered in places like China, Indonesia, and Brazil, delving into not only what gets recycled but who does the recycling, how they live, where different phases of the process take place and so on.  His findings have been documented in text and photos on his website, Techtravels.

The idea behind meeting David, besides learning first hand details about these people, places, and activities, is to also get a better picture of the global game of electronics disposal. With all the devices we have gone through and will go through as we upgrade, replace, and go for the next thing, what happens to all these gadgets? What impact are we who buy these devices and later get rid of them, having on society and the planet?  This week, we get more answers to these and other questions…

One of the greatest speeches I ever attended that to this day has an immense impact on how I look at the world, was given by Dr. Helen Caldicott at William Paterson University of New Jersey.  It was the late 1990’s, I was in the middle of my college career, and I had never heard of this physician and global activist who travelled the world explaining the health effects and health risks posed by radiation from nuclear weapons and power plants.

Dr. Caldicott was the first voice in my life to ever speak about the lack of a method for handling deadly nuclear waste which is a by-product of all nuclear power plants. She was the first person to ever talk to me about Yucca mountain, the massive project where the US government planned to bury nuclear waste under ground.  Years later the Yucca mountain plan, for many of the reasons Caldicott had been speaking about for more than a decade, was shut down before it ever opened.

Yet as the 2000’s arrived so to did, what many observers and industry lobbyists like to call, the nuclear renaissance. The international dialogue called for clean-green energy and the nuclear guys lined up to be considered in the same non-carbon emitting club as the wind and solar people.  Experts and pseudo experts came forward to point out the importance of building a new generation of plants for both generating power as well as replacing old plants seen as increasing safety risks.  As the nuclear fan club grew the voices of resistance seemed increasingly muffled and forgotten, the unspeakable horrors of Chernobyl and other accidents were treated as anomalies from the past that could not be repeated.

Then came the most recent earthquake in Japan and the Tsunami that followed, resulting in the massive nuclear accident who’s devastating effects are only in their earliest stages. Suddenly the information about the risks and costs of the world’s reliance on nuclear energy and the underlying quest to go more nuclear came back into question.  Highly experienced and well informed voices like those of Helen Caldicott could be heard again, amplified in such a way they had not been for many decades.  Yet even now, at another of the world’s darkest hours caused by deadly radiation from a nuclear accident, opinion makers and world leaders still try to push their support for nuclear expansion on the people of the world.  Insisting that the effects are small and the risks are minimal, if not worth it.

One such voice is that of George Monbiot, a journalist and commentator who perhaps in your world is not well known, but in some circles is very respected for his work.  Despite being a staunch environmentalist, his see’s what has happened in Japan as cause to further support more nuclear power plants.  He tries to discredit Helen Caldicott’s message about the dangers of radiation and the impact these accidents have already had on the world. In an even more mind boggling move, he denies the massive numbers of casualties and long term damage done by the Chernobyl accident.

To read the debate or listen to an audio version of it, listen to this episode of democracynow. You can also read the words of Helen Caldicott regarding the insistance that this accident is not so bad and that nuclear energy is not a danger to the planet. 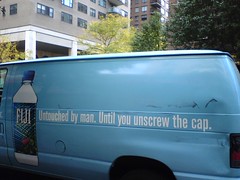