Education, Art, and Diversity in Lebanon 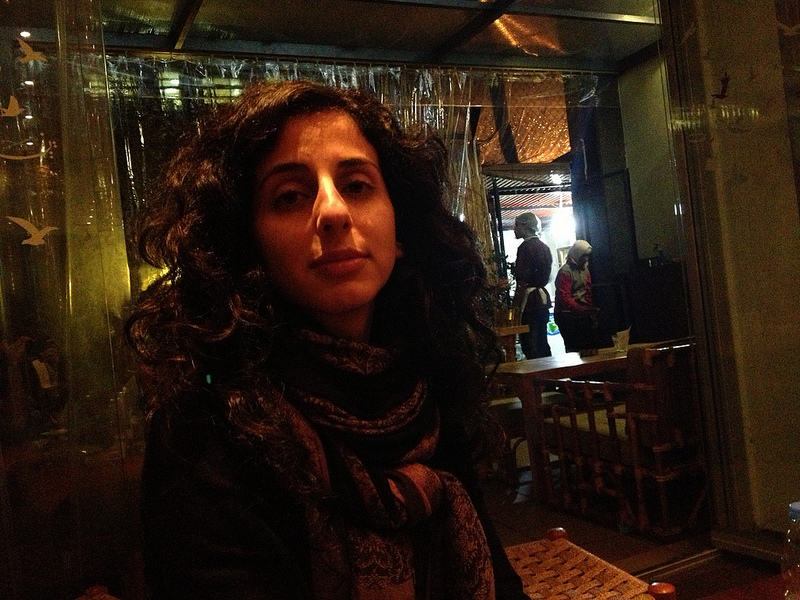 Over the course of my week in Beirut I had the good fortune of spending time with teacher and performance artist Raghda Mouawad.  Through her I learned a great many things about the country and its people, including details about the education system and the harsh reality for artists during an economic crisis in a country that offers little support.  We also get back into that now familiar topic, the contradictions of Beirut when it comes to identities, ethnicity and beyond.

The following podcast was recorded in a car late at night in Beirut on the eve of my departure last month.  Special thanks to both Raghda and our silent passenger in the back seat, Krystel Khoury, for taking the time to explain and show me their city.  Friends like these in far away places make doing what I do, not only possible, but a pleasure.

Kamal Hakim: Beirut, A City and Life of Contradictions 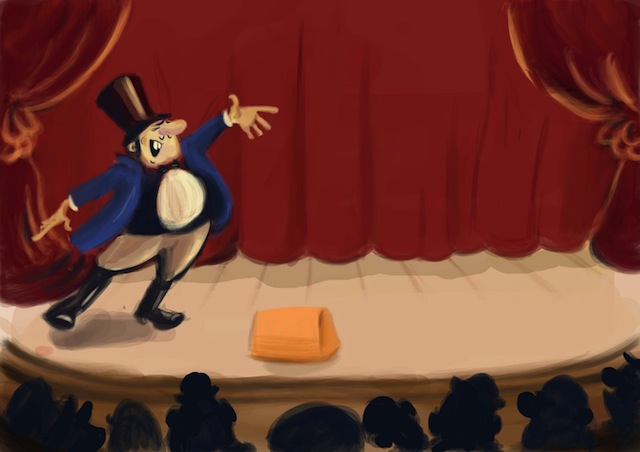 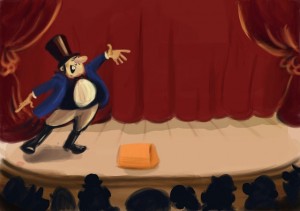 Kamal Hakim grew up in an era of reconstruction after the civil war in Lebanon. As the son of a Greek Orthodox – Sunni Muslim marriage, he recalls eating sour-kraut cooked by his protestant grandmother. His life was marked by all the struggles of a city of contradictions, contradictions which he recognizes in himself as well. As an illustrator, Kamal has a dream, a dream he must reconcile with the financial demands of life during an economic crisis in a country that lives every day not knowing if there will be a tomorrow.

This podcast was recorded on one of the exciting days I spent in Beirut last month, as Kamal and I met for the first time in the 1 and only city park. We quickly moved from the details of his personal life and professional training, to the big picture questions of life, art, the shadow of war, and the things that happen in between in such a fragile country. Meanwhile all around us children chase pigeons, old people occupy park benches, and men yell greetings at each other. All in a days work while getting to know Beirut with the help of a wise new friend.

Check out more of  Kamal Hakim’s work on his blog Kamatopia. And remember his name, so you can say you knew him way back when… 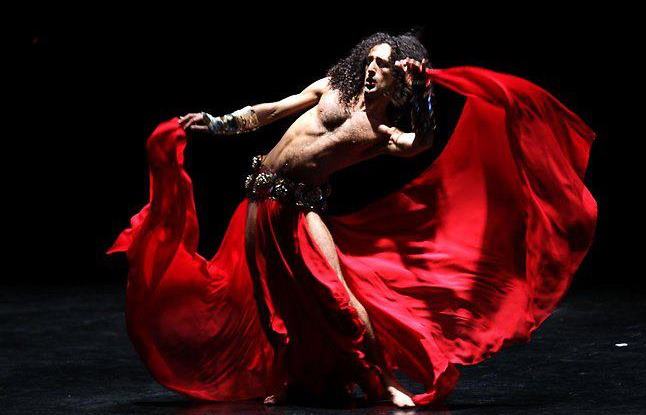 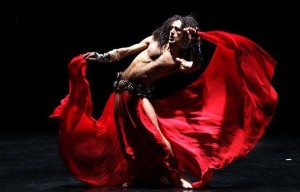 What I Know About Beirut 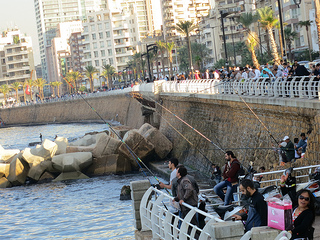 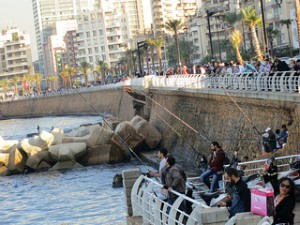 First of all don’t read too far into the title, I was in Beirut for less than a week and no one who has been in a city for such a short time should be telling you about that city. That said, I spent almost 5 glorious days in that most legendary place of joy and heartbreak. Here’s what I learned in a nutshell:

Beirutians will waste no time in telling you that they live for today, not knowing if society will break down tomorrow and fall back into a state of war.  With this rather disheartening piece of information out in the open, they will then show you their town, a place filled with beautiful activities and inspiring personalities. Sure, the roads leading down the hills to the sea side may feature the occasional machine gun nest or guard post, but once you arrive at the corniche you will be treated to a never-ending array of happy people watching. They’re sun bathing, riding bikes, fishing, playing sports on the makeshift beach. Tomorrow may be uncertain, but you can bet they’re going to enjoy (and look good) today.  And then afterwards they will eat like perhaps there is no tomorrow! With some of the most delicious ingredients your taste buds have ever known.  I don’t usually spend my time talking about food or the role food can play in art or politics, but in Lebanon I learned it can play a part in all of those areas and beyond.  “Food can disarm” I remember Barbara Massad telling us as she fed us during an interview in her cozy kitchen, and she went on to tell us of the time that indeed food did get her out of a difficult situation with a Hezbollah militant.

I’m sure those more experienced as both observers and residents of Beirut would yell at me for only telling stories of happy or delicious encounters. I’m irresponsible, probably, if I don’t mention the infamous tension just below the surface.  And surely life is not ok for a huge amount of Lebanese who feel the economic and perhaps social strains of this moment in the country’s history.  I won’t even try to explain the maddening situation in refugee camps, which I was not able to go into but I did learn a great deal about (for a future post and podcast).

No for now I want to be nice and irresponsible. Beirut is magical. Beirut can pick you up and show you things perhaps you didn’t know you wanted to see. Or perhaps you’ll also notice the things that everyone wishes were not so painfully visible.  However you choose to spin it, my impression was one filled with interesting days and dynamic nights that I hoped would never end.  An brief yet educational visit filled with daily discussions made it very clear that there is much more to learn and do in this country – and a followup is needed soon! In a world that needs so badly to understand differences and resolve conflicts, maybe the key can be found right in one of the most fragile yet inspiringly diverse nations in the world.  Beirut… I’ll be right back.