Ok I admit it.

I’m excited about tonight’s game. Who knows what will happen. 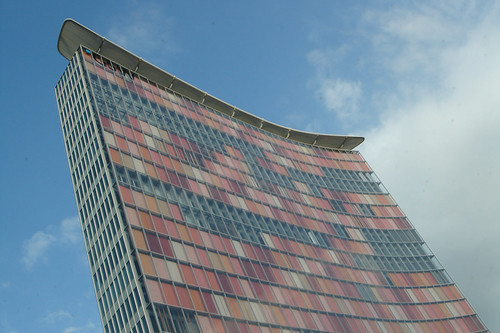 bm137 Leipzig to Berlin, Xenophobia in the Soccer Context

It would be interesting to know how many of the super-crazy-soccer fans watching at home or there in the stadiums, are the same people who vote for politicians and policies that close the doors to immigrants and make the process of immigration excessively difficult. So many wealthy nations have policies that seem to say — you’re welcome here as long as you can score goals or entertain us.. otherwise, too bad.

Mixed in you’ll hear audio from Karmabanque
as well as FreeSpeechRadioNews (circa 2003)
and Peter, who was with me in the Leipzig segment, can be found (in German) at Blogwinkel.

While in Berlin, Tim invited me to see Germany play…. from a former bath house in a very cool area. It was a very unique and truely Berlin experience.