ctrp365 An Indian Quest in America 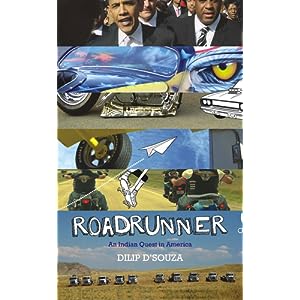 The name of the book is Roadrunner, the story is that of journalist and world citizen Dilip D’Souza. A passionate traveller and a writer who has a talent for finding the soul in everything.  From down in the Bayou of Louisiana to out in the desert on Route 66, Dilip watched the changes in the landscape as well as the people around him. When there were people! Throughout the journey he reflects on what these parts of the US have in common with his home country of India, and how two places that might seem so different, aren’t.

My guest on today’s podcast is Dilip D’Souza. You can find his book, Roadrunner on Amazon.com

Roadrunner in Each of Us

It must have been spring of 2007 when I saw the incoming chat on my skype window: Dilip saying hello. A quick call – he’s in the US traveling around. Somewhere near New Orleans if memory serves. He asks me about my own travels and we disconnect pretty soon thereafter. The details of his adventures I would happily follow on his blog as I had since we first met online for a podcast interview some years before. 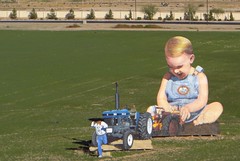 Dilip’s blog first caught my attention for both its style and its subject matter. Reading his words I recognized the thoughts of someone who could look critically and creatively at his own home country of India. He would also use this way of comparing specific regions or stretches of road in India, to places he had seen himself or heard about from traveling friends. Even beyond the critical analysis and the historical references, these were the words of a born traveler.

Over the course of 2010 I traveled with his book in my backpack. Through Siberia and Mongolia, hanging out in Vienna or Lisbon, on those sleepless nights in Tokyo, and when Kabul would go almost completely dark, I would slowly read and re-read chapters from Roadrunner.

I say slowly because having been raised on computers and the internet, I take forever to consume a book. But I say read and re-read because each chapter in Roadrunner is itself a story. One that I might tell a friend over dinner, or try to re-create on my next trip back to the US.

Just like the writing style that I’ve long enjoyed on his blog, in his book Dilip combines stories from traveling in the US with stories from India. Two lands that on the surface are often said to be very different, but looking at it through his eyes, there is no shortage of similarities. And just as one can point out the social-political problems in India and the US, Dilip also constantly describes beauty that both places share.

Being that my own specialty and passion revolves around human stories, Roadrunner had my undivided attention with each unique individual Dilip would run into as he rambled into yet another forgotten American town. Good and bad experiences alike, his words taught me new things about the very country I was born and raised in, while also showing me things about a land I greatly admire and wish to visit one day soon – India.

When all is said and done, in Roadrunner, the never idle traveler in me immediately recognized the wandering words of another fellow traveler; tired, full of stories, and already thinking about the next adventure.

Michael Moore has been appearing and speaking in alot of interview programs that I happen to listen or watch over the past week, in connection with his new movie – Capitalism: A Love Story.  Moore certainly doesn’t need any help from me, nor will it come as much of a surprise that I’m a great admirer of his since I was about 17 years old.  But recently during one of these interviews he starting talking about a topic that got me thinking about my own experience. The topic of credit cards.

Speaking about how credit card companies target young people by setting up right on college campuses on day 1, regardless if you have a job or any income at all, they want to sign you up. Moore goes on to talk about the high rates of debt among students, to the point that between credit card debt and college loans, when they graduate they owe more than they will make for many years to come.  You might hear or read these statements (If you went to school in the US) and think to yourself: that didn’t happen to me. Or you’ll remember those credit card companies outside the student center, offering free gadgets and saying hello to you in that irritatingly friendly way.

Now comes the story I’d like to tell about one big difference I experienced when I moved to the Netherlands.

Currently this is the 8th year that I live in Amsterdam, having moved only about a year after graduating from university in New Jersey.  When I got here I was a student, as well a European citizen, so getting a social security number, bank account, and most of the essentials, was a fairly smooth process.  If there was an occasion I needed a credit card, I still had a trusty US credit card to fall back on, never mind the terrible exchange rate. But after two years as a grad student I was finished with zero school or credit card debt (fortunately I’ve never had debt in my life) and I found myself a part time job at the U of Amsterdam and a number of freelance editing, translation, and writing jobs.  Around that same time I kept seeing advertisements at the airport and through my bank for a certain credit card company. Considering the exchange rate and the times where I could have really used it, I finally took one of the forms to fill out.  Though I had heard its much harder in Europe, I also kept thinking back to freshman year at college and how easy it was. Just fill out the form and choose the funny graphic layout for the card.

Two or so weeks after sending in my forms I get a call. “Mr.Bicyclemark, we’re just going over your form and we wanted to confirm some things, it says here you’re self employed?” Indeed at that point I’d started my own company to make getting freelance jobs and handling the expenses and income a little easier. “Yes” I said, “I’m a freelance journalist, editor, and sometimes web consultant.” “OK very good. I’ll just need to know your yearly income..” She’d cut right to my achilles heel, as a freelancer and part time employee, my income was pretty embarrassing by most adult standards, I was and still am, a specialist of living on a shoestring budget. I fumbled through an answer “Well its hard to say as a freelancer, you know, some months its a good amount, some months it is hardly anything…” The credit card lady tries to help me along, “So about 20K per year?” I had this feeling that if I told her the truth, that is was surely less, that I wouldn’t qualify for their minimum, “Yes,” I answered confidently, “about that much.” What the hell, I figured, as long as I don’t have to prove it, I’ll be fine. “.. and we’ll just need some further information so we can confirm this..” – Shit I thought. Plan foiled. I quickly told a lie about having to go but that I would be in touch. She didn’t even fight me on this, wished me a good day and recommended I get back to her when I had a better idea of my income.

It would take me another 2 years to get a credit card, when I sent in another application hoping they wouldn’t remember the first.  I got that call again, only this time I tried harder to lie my way into getting one.  Once again I argued that as a freelancer my income didn’t always fit into one of their boxes, but that I manage a decent living and somehow deserve this credit card.  After alot of convincing, and a much stronger arguement than my first attempt, I got my card which to this day I hardly ever use.

Why the long story? It is amazing the difference between what it took for me to get a credit card in the US compared to getting one in Europe 10 years later. Beyond it being impressive, I wonder if this difference doesn’t reflect on part of why so many problems have arisen with people and credit card debt. Not to mention banks that take advantage of people by inventing surcharges.  Not that Europe is perfect, or that someone can’t eventually get a card who perhaps can’t really afford it, but in my experience, there is a real difference in how less easy it is to fall into this trap.

ctrp 314 What is Behind the Texas Secession Movement?

None of them were alive the last time Texas was located outside the borders of the US, but they’re demanding to go back to that status. They’re angry at the Obama administration, frustrated with the United States, and lately – they’ve managed to get a bit of national attention.  They are the Texans calling for secession from the United States, and Forrest Wilder of the Texas Observer has been looking into who they are, the issues they’re concerned with, and just how far they might get.

His blog Forrest for the Trees on the Texas Observer site

We mention the Texas National Movement

Forrest’s video of a recent demonstration

*Note: file codes for my program will from now on start with ctrp.