Fiona Krakenbürger knows her home town of Berlin under normal circumstances and now knows it during Covid19 times. Whats the difference? Today on the podcast we get into Berlin over the past weeks as well as uncovering what has been going on in DC over the past months (for her). Along the way we talk about Planet Money, sourdough, serious concerns for at-risk groups, hackerspaces, ultimate frisbee, and home office politics. Very pleased to have this podcast with Fiona to share with all of you. Have a listen! 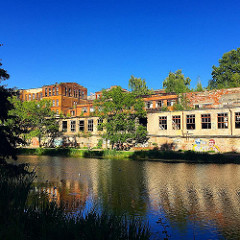 Remember when I used to record podcasts about social issues with guests from around the world? Well this is not one of those. I do discuss issues, in addition to things that have been going on; journeys, etc. All this from the comfort of my new home while making a dam fine cup of chai. If you enjoy me talking about life and the world for about 40 minutes, give this one a listen. Also you may enjoy Kate’s ukulele songs from hacker camp a few weeks ago. Well worth a listen!

Important announcement: a live podcast event this September 27th in Amsterdam! Yes. I’m launching the Realities Podcast (website almost ready), a production of citizenreporter, carrying on the tradition of this program’s candid, human conversations, only this time they will be done live with an audience! And you can be in that audience, if you can make it to Amsterdam in the coming month. Read all about it and sign up if you can be there for this most historic event.

On the Front Lines with the German Military

by bicyclemark on January 10, 2012 0 Comments
Thomas Wiegold was there in Somalia even before the German military arrived back in 1993. And he has been there ever since, reporting on what is a unique situation for both a country and its military. As the decades have passed, as an independent journalist Thomas has continued to both report about as well as look critically at the decisions that are made and how those decisions are carried out by a military that has quietly engaged in a significant number of international interventions over the past 20 years.

In this podcast I get the chance to sit down with Thomas at the Pressehaus in Berlin and to talk about his work, how he got started reporting about the military and where this work has taken him, both physically and mentally.  Besides a list of newspapers and magazines, you can also find his work on his blog, Augen Geradeaus (wordplay on the military command – EYES FRONT!), which is mostly in German with items for the English speakers as well.  Download, sync it, listen to the discussion, you’re sure to learn something new, just as I did.

Someone joked with me as they watched me sort through video from the 27C3 in Berlin last week – “Blinking lights, computers, nerd humor…that looks like every year of the congress.” Good point, I thought to myself. But I still love gathering and assembling highlights for my own personal record and for others to get a glimpse of what this talented group of people do once a year when we gather.

27C3 Moments in Video from BicycleMark on Vimeo.