Life, Death, and the Unglamorous Era of Ad-Men 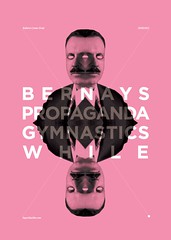 John Hall remembers the advertizing business in the 50’s, 60’s and 70’s, and there was nothing glamorous about it. His personal policy in the work place was not to pursue wealth and happiness, but to pursue work that brought meaning to life, which in turn has always given him a feeling of being content and the richest man around. As a business man, a hospice nurse, an english teacher for French people, and a business teacher – one thing shines through no matter what he is working on – John Hall is a force to be rekoned with in the best possible way.

John joins me on the phone from Paris in this very insightful and fun conversation about the lessons he’s learned from fantastic life experiences, and his struggle to convey that to future global business leaders.

Write Our Own Histories

The headlines coming out of Chilé this week echo throughout the world, “government shift in policy regarding learning about Pinochet era in school,” from now on to be described as a “regime”, and not a “dictatorship”. Which is immediately met with anger and disapproval, criticized as an attempt to rewrite and whitewash history.

You don’t have to be Chilean to know something about re-writing history. One constant that transcends borders and time is that history gets told in different ways as time passes. People often refer to the old Churchill quote, “History is written by the victors,” in an effort to explain how the stories from the past are told. Christopher Columbus was an explorer. George Washington, a great leader. Genghis Khan, a brave fighter. None may be true, but each is often told, retold and accepted as fact. Few of the victims are alive or represented to tell a different story, though some brave souls with seek out and bring their histories back to life.

In the context of the classroom and what appears in history books, there is no doubt that these things have tremendous influence as to how children will grow up understanding  the world and how it came to be as it is.  Chileans have every right to be concerned or outraged when their nation’s history is rewritten in favor of those who committed mass murder and other atrocities. Most nations on this planet have marginalized or harmed people in some way in their past, yet not all are willing to admit it and let the shameful stories be told in the classroom. It is easier to hide behind pride and boastful patriotism, far more difficult to be honest and critical of what your country does and has done in the past.

All outrage aside, in our present world of plentiful information and the informal learning renaissance, citizens could also look to each other to address this problem. At home and in our communities, both offline and online, we have the power to tell history from the bottom-up.  The government may shift and attempt ridiculous revisions that might even be implemented for periods of time, but we have a fantastic arsenal of experience and communication to counter such hubris.  The children of the world could stand up during the revised history lesson on how charming dictators from the past were, and calmly respond — we know this is false.  Better yet, they could rewrite the whole section with help from stories of people who lived through the horror. 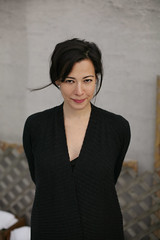 It is often assumed that in order to be successful and realize your dreams you must go to university. Year after year people of all ages apply to institutions of higher education and go to great lengths to afford the high costs that come with such schools.  Increasingly people are realizing that the costs to attend such schools far outweigh the benefits.  Beyond that, with the dawn of interest networks online and the availability of information and instruction, there is a real opportunity to learn what you want to learn, without going back to school.

Kio Stark is a grad school dropout who loves to learn.  As an author and inquisitive mind, her writing and research has brought her to the topic of informal learning. How does it work? what do different informal learners do to meet their goal and stay focused? These questions and more are part of a new book she has proposed to be published next year: “Don’t Go Back to School – A Handbook for Learning Anything.”

To make it even more interesting, Kio has put the proposal for the book up on kickstarter as a project which people can choose to support financially with the promise of being credited, receiving a copy of the book, and more. What is a refreshing new approach to education is matched by an innovative new approach to funding your work.

How did this project begin? What experiences has Kio had that led to her interest in learning outside of schools? These topics and more are explored in our podcast together. Give it a listen.

Support and Read more about Kio’s Project “Don’t Go Back to School” which has generated a fantastic outpouring of backers.

Students Take on the Gov in Chile

My guest on this edition of Citizenreporter.org is Chilean-American, community organizer, world citizen Nick Farr who has been traveling around Chile observing many of the activities connected with the student protests demanding education reform in that country.

For several months students throughout Chile have been holding mass rallies, protests as well as occupying university and high school buildings, demanding the government take action to address inequality in the education system and the creation of the country’s first free higher education option.

Presently education in Chile consists of a few prestigious charter-type schools, many more prestigious private schools which are very expensive, and then the rest of the public system that is considered poor quality-undesirable schooling.  Rural areas, which is most of Chile, are especially plagued by a lack of affordable education. But even in cities these days, access to good schools is entirely dependent on where you live.

The student movement that has exploded throughout the country is focused on the need for better quality and more accessible public education at all levels, especially secondary and university education.  While occupy wall street started just over a month ago, students in Chile began occupying school buildings 4 months ago.  As part of the occupation, they carry out a fully functioning program of providing meals, classes and cultural activities.

One of the arguments against the students stems from the main leader of the movement who is a very vocal communist. Political opponents and many critical Chileans view his role as “evidence” that this protest is a communist invasion of the country.

Meanwhile the nation, that is highly dependent on the price of copper, struggles as global commodity prices have become so unstable.  Graduates who come out of the current higher education system find themselves with little choice when it comes to jobs and career. Despite whatever specialized skills and training they might have had, the only work available to them might be in the low paying service industry.

With the protests as the backdrop, negotiations take place and one point the government hopes students will compromise on is the goal of a “free” education. A point that student leaders refuse to compromise on.

After several decades of tremendous socio-economic progress which saw Chile become a much admired country in the region and around the world, there is talk now of a shrinking middle class and a return to the former paralyzing state of cronyism and inequality.

Will Chilean students achieve their goal? Will the unpopular Chilean government give in to a mass movement sweeping the nation and conducting mass action in the streets and in the schools? In a time where so many nations have bought into the idea of corporate schools or charter schools, could Chile be the place where an old idea is given new life – universal public education.

Educación 2020 – One of the Movement’s Web Sources