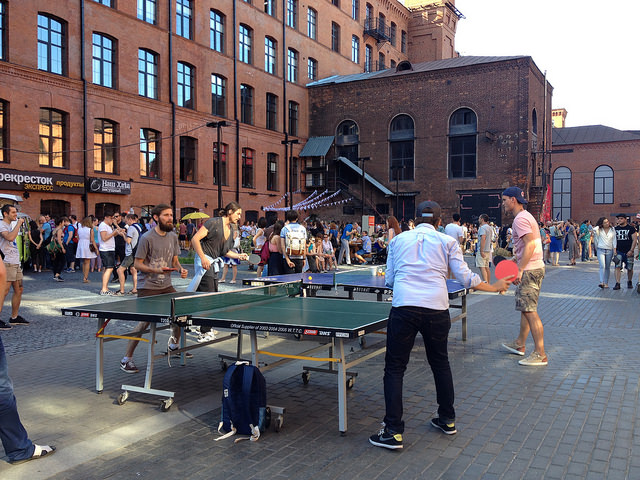 10 days in Moscow; it starts with a child like excitement to meet the loved ones of my special lady. But also to see, hear, smell and try things in a legendary place with so much going on. It ends with some kind of hard-to-get-rid-of hung over, exhausted, and somehow defeated feeling.

I have no doubt Russians, check that, Moscovites, are strong. You have to be strong to endure the long and energy sucking commutes to, from and within this megalopolis. I grew up in and around New York City, I’m Lisbon guy deep in my heart, but the roads, metros, buses, sidewalks of Moscow are another animal altogether.

But never mind the city for a moment. Let’s talk culture and attitude. 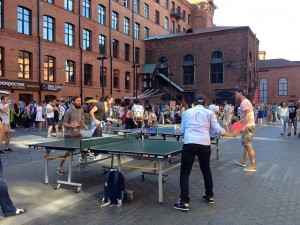 So often you feel like a citizen of the world in one of those international destinations that people have been talking about for generations. You feel like you’re in the heart of a creative-living-breathing machine that is and will continue to be a major player on the world stage. That means as much economic, as it does social, and cultural. And despite what you may have heard in the media and what you may hear from the people themselves, it is not exclusively scary or unfamiliar. Whomever you are in this world today, of course you have things in common with the average Russian.

But ok, then there are the other occasions. Times when you feel like you’ve landed in another time. 10, 20, 30 years behind in terms of accepting people for being different when in comes to sexuality, ethnicity, or religion. So often someone’s views on the world are reminiscent of something someone’s preachy, no-nonsense, know-it-all father back in New Jersey used to say when I was a kid. It can be daunting, worrying, and disappointing. I arrive thinking we are all neighbors and part of the human family, but I’m confronted by individuals who see themselves as separate, unrelated, and worst of all – under siege by the judgement of much of the world.

Siege mentality, as you probably know, can be very dangerous and destructive. Never mind who’s fault it is or how it came about for the moment, that it exists to some extent among such an important group of people in this world, that alone is cause for concern and lament.

Let us come back to the city. I learned of its history. More than I ever knew before. I saw great beauty and impressive achievements of this rich culture. Special credit here to the Cosmonaut Memorial Museum, which not only covered Russian space achievements in impressive detail, but also acknowledged the global effort to go further and do more in space.  On the lighter side of being able to laugh about the past, I had the hilarious pleasure of playing the best and worst of Soviet era video games at the Soviet Video Game Museum. A topic close to my heart as a boy who grew up loving the arcade culture of the United States in the late 80’s and early 90’s.

I have to mention but I won’t really talk about food. You don’t want to hear my glowing review of the food you find in the Russian capital. Perhaps they don’t deserve credit anyway, like my home city of Amsterdam, my favorite of their treasures are often from other countries and other cultures. Special thanks to Georgia, Thailand, and Vietnam among others.

Just as all these and other bits and pieces played and re-played in my head awaiting the already delayed flight at Demededovo Airport, the unthinkable was happening a few hundred kilometers away. On the board we can see delays tagged on to every flight, which we thought might just be the poor performance of the airport on this day. After take off we watch the little flight map and I point out “Minsk” as we fly over Belarus on our way to a stopover in Zurich.  Another complex country that it would be fun to visit one day soon.  Upon landing there is a general grumbling on board from passengers who are worried about their connecting flights and pushing their way to the exit.

Though I consider myself an expert in metal detectors and ex-ray machines, somehow this machine beeps on me. A young Orange-is-the-New-Black looking security guard takes me into a cubicle for an individual scan. “Where are you coming from and where are you going” he asks in a matter of fact way. -Moscow. Heading to Amsterdam.- I tell him. “Oh, Amsterdam.” He suddenly drops the tough security attitude that didn’t seem to fit anyway. “Did they tell you anything on the flight?” – Just that we will make our connections and not to worry.- I tell him. “Oh, well, because something happened. A plane was shot down over Ukraine. On its way from Amsterdam or Antwerp, something like that.” – All I kept thinking was that this was some kind of security lie to test my reaction. In my tiny mind I believe airport security’s only aim is to annoy and delay me and they will use any means necessary (and have). I stare at him for a few seconds and it becomes clear that this is no elaborate plan. He is being real with me. This really happened. An entire commercial jet full of people was shot down and destroyed by some assholes on the ground with sophisticated military equipment.

A minute later I’m just about at the next gate for boarding, a bunch of older gentleman rudely rush past me seemingly mad at the airline for slowing them down. I want to slap them, shake them, and tell them what has happened. For some irrational reason I believe doing this would make them be polite, solemn, and focus on the fact that people traveling just like us today, were suddenly and without any reason – killed in midair.