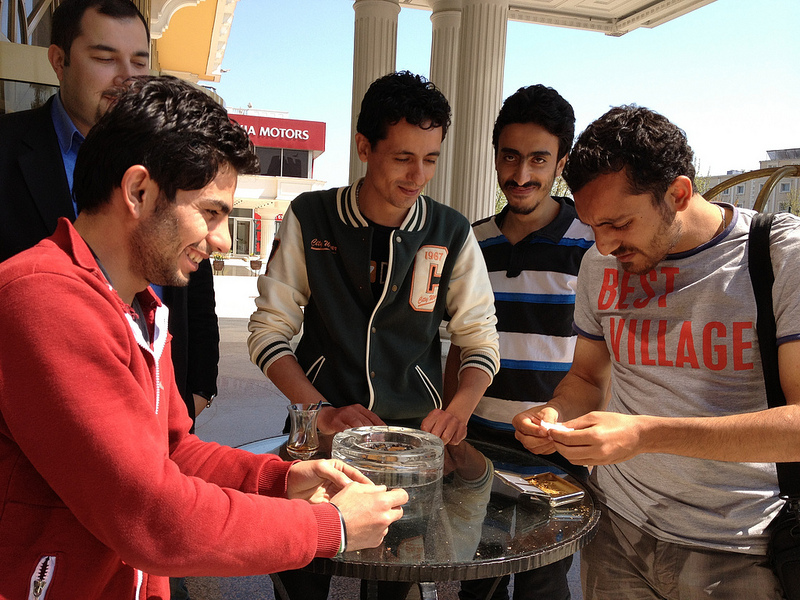 I have been silent over the past 2 weeks, trying to process a recent journey and an experience that had a profound impact on me. Although it would seem there are several ways to tell this story, I will start from the beginning and later this week delve into more specific details.

It is late April 2013 and I find myself working in Istanbul as a media trainer for a group of about 12 Syrians.  Outside our hotel is the bustling city of 12+ million people, living their lives in a relatively prosperous and peaceful nation, which despite its problems feels more like an oasis when compared to what is happening just south of the border. (despite the recent car bombing) Inside our hotel, day after day, I find myself getting to know a group of Syrians who only last week were living in a war zone. Who next week will be back in that war  zone, and the only thing that will have changed is that -hopefully- I (together with my partners on this project) have successfully taught them new and better methods for reporting the extremely important and tragic events unfolding around them. 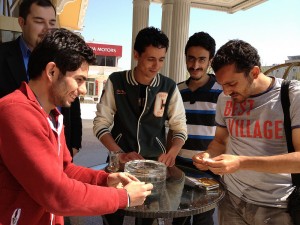 But while there may be peace outside and inside this Istanbul hotel, in our classroom war is ever present. Every piece of advice we have to give on recording and story telling has to be tempered with the disclaimer that if your city is being bombed and you’re in constant risk if being shot, you might have to do this another way.  In between lessons we see the students consulting facebook and other independent Syrian media outlets for the latest developments back home. They show us photos and videos that depict unspeakable horror, and in between photos of children smiling amidst the rubble, people showing a peace sign in font of their destroyed homes.  We are told about the terrible loss of friends and family over these past two years.  The harsh reality of life in Syria today becomes more real to me in these rooms among these beautiful people, in a way that I have never felt before.

I want to hug my new Syrian friends (and we do hug). I want to do something more, yet everything feels  insignificant considering the size and scope of the struggle they face. There is even the irrational desire in my heart, to take them all away to some place safe.  Put them all living as my neighbors where we can have dinner every night together and enjoy the peaceful life they so obviously deserve.

But that is not the goal of this project nor of these new friendships.  Each one of these people has a personal mission to return to their city, to keep trying to get the information out to the world. To at the very least, document the loss of life and culture, when no one else has the ability or the courage to do so.  2 years ago many of them were university students of science and humanities, when suddenly their world collapsed. Most never intended to be reporters or journalists, but when war broke out, they saw it as their personal responsibility.

After one brief but intense week together, I too was left with a renewed sense of personal responsibility.  Though it pales in comparison with the task they have undertaken, I too want to help record and communicate the stories of Syria.  I want to honor my students, my new friends who are toiling right now in different parts of that precarious land, by sharing their experiences and their stories with anyone and everyone who cares about human life in this world .