From the Military to the Stage in Egypt 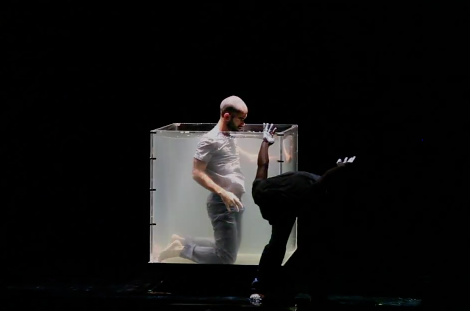 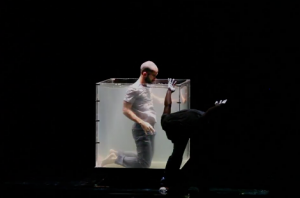 In the early days of the 2011 revolt some young Egyptians found themselves at the beginning of their military service. While in Tahrir square and on the streets the winds of change blew away a dictator, in the barracks soldiers knew little of what was going on outside and what their fate might be as soldiers.  Would they be deployed to the streets to confront ordinary citizens? Do they still answer to the same president or is there someone new? The questions were many and the information was scarce.

In the lead up to and during those days in the military, Ahmed El Gendy wrote notes to himself and when the rare chance presented itself, on facebook.  He wrote as he thought about his own life, his experience as a soldier, and how it relates to what is happening outside.  And when he finally got out, his writings eventually became part of a theater piece, set along side letters from a political prisoner incarcerated during that same time period.

Beyond the theater and since his military service, Ahmed has also become part of a small but growing group of young Egyptians involved in contemporary dance.  Something that a few years prior was virtually non existent.

Today we sit down with Ahmed El Gendy in a little garden high above Zamalek, Cairo, to talk about military service during the revolution, creating a theater piece based on that experience, and the evolution of his young career in contemporary dance.

The Play: No Time for Art III directed by Laila Soliman

The Dance: Celebration of Differences and Existence (CDN2)