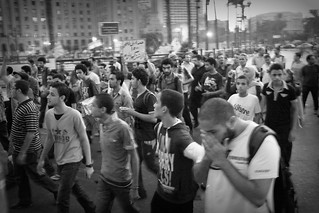 A suicide bomber attacks a vehicle traveling on the airport road in Kabul yesterday.  14 people are killed, people throughout the city are once again confronted with a  major act of violence and destruction.  Throughout the world millions read the headlines and chalk it up to another blow in the already (presumed) failed story of the new Afghanistan nations around the world have worked to help stabilize.  Despite the fact that millions of Afghans went about their day, working, socializing, living life, it is the suicide bomber and the 14 victims that become the latest symbol for the nation.

Groups of angry protestors around the Middle East and North Africa (and beyond at this point) take to the streets and attack their local US embassies as an angry reaction to a poorly produced video clip that presumably insults their most important prophet and religion. In one case a group of militants in Libya take advantage of the chaos and attack; the now infamous story that ends with the murder of several people including the American ambassador.  Throughout the world, especially in social media circles, people express their anger at the violence and the stupidity of the protestors for a long list of reasons. Further conclusions are drawn about what has happened in the aftermath of the Arab Spring, in places like Egypt and Tunisia where many now presume angry fundamentalists have new found power and will continue to carry out these types of acts and worse.

Again, millions upon millions of Libyans, Egyptians, Yemeni’s, Tunisians, etc did not take to the streets and attack innocent people and set fire to American buildings. But those people don’t make headlines, the bold criminals who take advantage of a situation and are led by blind rage, they’re the ones we base our judgements on.  Like so many moments in the history of the world, even in the era of so much information and the possibility to hear from so many voices, small groups of people willing to take action (in this case for destructive, criminal means) are the ones who shape perceptions of reality.

This is not to say such groups aren’t dangerous. Or that recent events involving mass protests and violence aren’t significant. But it is to point out how, as always, be it 82 million Egyptians or 6.5 million Libyans, regular people in far away countries get painted with the broad brush, and we’re convinced the image we’re given must be the whole picture.