Value Can Be Found Beyond the Blue Boxes 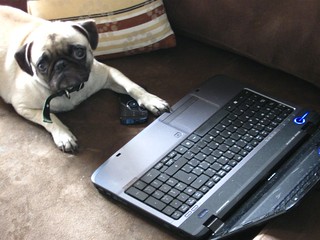 If you’re involved in any kind of project these days chances are you make use of Facebook in some way or another. If you don’t, a few clicks on the internet or a few pages in your local newspaper, and you’ll probably get hit with an article about how “you should” in order to reach “the people”.  In the publishing world it is the same story multiplied by 1000, as the world’s largest social network site is considered the be all end all of doing anything online. If you’re not making full use of facebook, you’re somehow a failure or a fool.  Why? Because in the publishing world it is all about the numbers, and if there’s one thing we’re told over and over again, facebook has the numbers.

But what real value do these numbers have? The truth that few want to admit, is that we don’t know. What proof is there that all those likes, and all the times your post gets shared on facebook, that these things amount to anything beyond a brief 2 sentences that are constantly being buried under the feeds of the insatiable scrolling machines we have all become.  Companies pay a full time staff to control their social media presence, to keep an eye on the social networks and make sure they’re “talking about us.”  Somewhere along the line of all of us going online, “talking about” something stopped meaning real conversations of any substance, and became the act of copy pasting without having to read or remember anything.  Entire books and traveling guru’s (even more irritating versions of me) are dedicated and revered because they give institutions advice as to what they “should” be doing if they really want to be down with the social media thing.

We have lost and are now at risk of losing even more when it comes to real content, genuine thought, and meaningful understanding. When it is more important that you have a facebook page than it is to actually researching and writing articles; when its more important you go viral than actually capture the war criminal your video was about; when its more of a priority that your facebook page have lots of likes instead of real debate and discussion; that is the point where the world of journalism and media is proudly wrapped in a fog of stupidity.  One where trends and expert tips are given way more credence than they deserve, and where original content  is left in the dust.  Somewhere along the line we stopped being original and authentic, and we became apostles of that iconic blue masthead that says “this is what matters, not your hard work or your unique individual creations, but your ability to do exactly as we say you should. Why? Because we have the numbers. And in today’s publishing/business world, numbers trump humanity. Over and over again.

(yes I realize you’re likely reading this from within facebook, but I look forward to after the rebellion, when even less of us will)