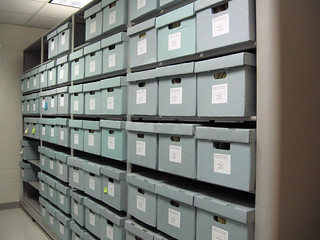 Most discussions of blogging or podcasting history immediately sound crazy because they all involve an allegedly “long” span of about 12 to 14 years.  As crazy as it may sound, when it comes to the internet, 12 years is an eternity. When it comes to life, however, 12 years goes by in the blink of an eye.

This spring I have rediscovered a podcast I used to listen to regularly, The Overnightscape, hosted by Frank Edward Nora who several times a week takes you along during his commute to work from New Jersey to Manhattan and occasionally invites you to relax at home with him or with a friend as they talk about everything from pop-culture to history and generally, things going on in Frank’s mind. Back in 2004, when podcasting first officially started, Frank’s style of recording would have been called stream of consciousness, which could be one of the greatest examples of what made the voices and style of podcasting so unique.  No radio program would ever have had the nerve and patience to allow a host to just think out loud without a time limit, but the freedom and honestly of podcasting was the perfect place for it.

Though we’re not far from podcasting turning a decade old, strangely many of those podcasts that were so unique and experimental have disappeared. Producers of these programs stopped for a wide range of reasons, among them: the lack of financial resources to continue, the lack of returns in the form of feedback (or perhaps money), the demands of a day job or other offline life requirements, loss of interest, or as Ivan explained on a recent edition of the podcast – some projects need to end.  Among today’s remaining independent podcast programs, there is a mix of specialized topics which often involve interviews and just a few long running monologue (stream of consciousness) type shows. (my favorite being the incomparable Yeast Radio) Many of these have faced their own critical moments where things almost shut down for good but then fortunately made it through and carry on still today.

Yet despite what we still have in terms of audio (and video) creators, many great ones have hung up their spurs and called it quits. There are countless audio and video files who’s hosting accounts ceased to exist and are therefore no longer available online. Time and the internet keep moving forward, things change, and what seems at present so permanent, can disappear so easily.  At the recent gathering of creative minds during Re:publica12 in Berlin there was a group of people looking for like-minded individuals interested in archiving and preserving blogs. The familiar idea- that one day many of us and/or our websites will be gone and the only way to preserve this valuable (or valueless) work is to put it somewhere in such a manner that it will still be accessible well into the future.

With all this in mind I notice wordpress telling me that I will soon reach 2000 posts on citizenreporter.org. 2,000 posts, 420 podcasts and counting- will it all still be accessible in 12 years?  I very much hope so.