The Youth of Kosovo 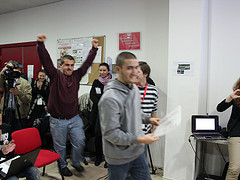 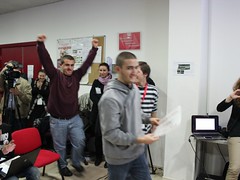 Gent Thaçi is a rare bird in Kosovo, even he would admit it.  At 17 years old he devotes most of his energy to making Kosovo a better place, specifically through the cause of Free Software.  He knows not everyone understands and he is interested in engaging people, regardless of age or ethnic background, about what may very well help them in the workplace and at home in the already difficult reality for this struggling nation.

While sitting in a corner of an Albanian tavern Gent and I recorded this discussion, as I asked not only about what life is like for teenagers and young adults in Kosovo but also about relations between ethnic groups.  We manage to touch on the past, present, and foreseeable future when it comes to work, family, and conflict resolution.  Even when  Gent doesn’t know the answer to my various questions, he doesn’t pretend to know, but reminds us of what surely becomes clear- he is open and listening to anyone with a good idea.