At this point in my life I am neither young nor old. Im one of those, you know, adults.  Whether it seems like long ago or not to you,  I grew up in the 80’s and 90’s in the United States, and one thing I remember well, is the pursuit of all things cheap. 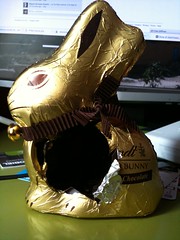 On Sunday’s my suburban New Jersey home would have the Sunday paper at the breakfast table, and at some point someone would go through the coupon section; it seemed only wise to find deals on foods we may or may not want this week.  At the supermarket my parents had club cards, because again, if you can save money on whatever item is on special this week, why not do so.  In terms of clothes, whether it was through a commercial or word of mouth among the neighbors, when there was a sale on types of clothing we kids might need, off we would go to the big department stores.  There is nothing controversial or strange about any of this, it was the way people lived and the way people live even today. Life wasn’t cheap, things were needed, and if you could get things for cheaper, you would absolutely do it.  You’d even tell of your exploits proudly to anyone who would listen, “I found socks on sale at so and so store.. I bought the boys 2 pairs for school.”

My story may have taken place in the US, but the reality is that variations on this theme have been playing out throughout the world for the better part of the last century.  Even before that, if you look back in history, the practice of trying to find cheaper ways to acquire things we need or think we need, has led to the rise and fall of nations, not to mention war, peace, and a never-ending list of historical events.  Again, there is seemingly nothing to question here.

Fast Forward to today, I’m sitting on an Easyjet flight from Amsterdam to Madrid where I will spend a few days exploring, learning, and enjoying myself.  The flight is cheaper than most, and when you look closely you see how the company saves. Less staff, less services, many extra costs, rapid turn-over. And voila, millions of people who perhaps would not have flown otherwise or who needed to fly to this destination, are now flying with this low cost company.  Elsewhere someone buys a new computer, among other reasons for choosing this specific model, because it is priced so low.  Even if that computer is broken within 2 years, it was purchased at such a low price, this is now acceptable.    Getting back to the supermarket, someone buys the bundle of bananas from the big fruit producing company; They look good, they taste pretty good, and they don’t cost much. Like the airlines and the computer, there are reasons for this price, but in that moment and the short term period after purchasing, none of these reasons matter as much as the fact that you’re paying a low price.

This is only the beginning of the discussion you may occasionally have among friends these days.  It may also be the beginning of a discussion you have no desire to have. It is too complicated, too difficult to do anything about, and it sounds like the answer involves you having to spend more money… money you don’t have anyway.  It goes counter to how we were raised, how people have lived for generations, and how we live our lives going forward.

So for now, I will stop here. With this coarse, simple attempt at an explanation of the world we have been living in, the world where – above all the other information surrounding how we get what we need – getting it cheap is the most vital aspect.  The pursuit of cheap is the way of the world, and suggesting there might be a problem with that is an irritating bourgeois or a hippy way of thinking that no rational working person is going to sit around thinking about.