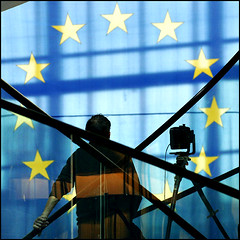 Amelia Andersdotter was elected to European Parliament in 2009. More than 6 months since the elections, she finds herself living in Brussels but still not allowed to do her job.  How can an elected member of paliament be kept from taking her seat? In this podcast this dynamic young representative from the Swedish Pirate Party explains how it happened. She also tells the story of the campaign that got her into office, and the issues and concerns she has once she is finally allowed to get to work.