I Will Continue the Tradition 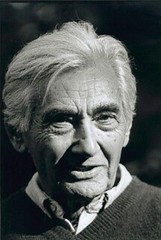 Howard Zinn has died. The wonderful man who wrote books and gave speeches and walked picket lines and spoke out against war and tyranny… he has died.  The human who through his work, taught me so much about who am I, what I am passionate about, how the world came to be as it is.. learning about the world from the powerless instead of the powerful.

“People in all countries need the spirit of disobedience to the state. The state that is not a metaphysical thing. But a thing of force and wealth. And we need a kind of declaration of interdependence among people in all countries of the world who are striving for the same thing.” – Howard Zinn 1970