Quick preview of what is to come here on this here site: 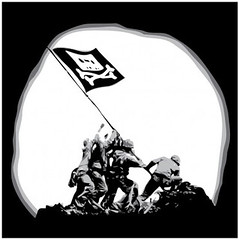 Pirate Bay vs. Hollywood – Currently the founders of the Pirate Bay including my friend Peter are in a Swedish court fighting it out against the International Federation of the Phonographic Industry (IFPI), they’re suing TPB for 100million dollars and accusing them of “promoting copyright infringement”. Just as when we spoke on this podcast around this time last year, Peter is confident that things will go fine as they haven’t violated Swedish law since they don’t host any files. We’ll hear from my correspondant Martin G in Stockholm who keeps a close eye on the media and will share with us how things look from within the country.

The Impact of the Banana – From societies, to politics, to corporate culture, to health and the environment, the banana trade has had an effect that perhaps the average person has never considered or been aware of. And that influence has not ceased to exist. I’ll speak with Mimi Sheller, Senior Research Fellow at the Department of Sociology, Lancaster University (UK) who has written and researched extensively on this topic.

Island rebellion – The people of the Dom-Tom’s, France’s overseas island territories, have taken to the streets and launched massive strikes. They’re angry about the way their territory is being run, angry with the French government, but perhaps it is much more than that which has led to this mass protest. I’ll look into the issue and see if I can’t find a Dom-Tom blogger to answer some questions and explain the why and what.