The family upstairs lives in Switzerland. The other family upstairs, their car has French license plates. Apparently the other apartment that’s for sale in this modest little building, that guy is Canadian. 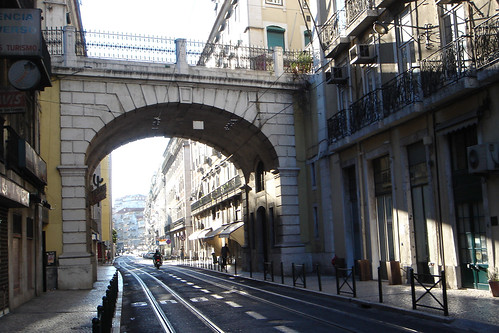 We’re all Portuguese, mind you. But this is the reality of Portugal, especially in the summer. A population that probably has more people living outside its borders than the 9 million+ living within those borders. Where every town has its emmigrants, who are like clockwork when it comes to being present in the summer time.

While the alarmist and often xenophobic governments of European nations scramble to adopt some tough policies against refugees. Following the alleged death of the proposed European Consitution. Despite all the hoopla about how Europe isn’t really one block and the dream is far from reality… many of the Portuguese are living the reality. Beyond Europe, they have long made the globe their menu of destinations, in search of a better quality of life, or… just better paying jobs.

Out of the criticisms one can have of Europe, and I’m aware of how long that list is. The one thing I see first hand, almost everyday whether I’m in Lisbon or Amsterdam, is that people are making it their business to be European. Politicians and Diplomats can and will continue to sit around pouting about things they won’t budge on. Disagreements regarding foreign policy or mobile phone roaming costs may go on indefinitely in parliaments. But outside, multiple generations, including my own, are exercising our freedom and ability to move country, learn languages, and then move again if we so choose. At some point we cease to be just Portuguese or French or Maltese, we gain a second if not third identity. It is not one of patriotism or nationalism or even supranationalism. It is the freedom from old borders or language barriers or cultural limits. We have become the living breathing myth that so many so-called important people denounce… European Citizens.

If I can find internet, tomorrow I’ll talk a bit about Raul Castro and how I like his baseball cap.