Tea, Corn, and the Colonial History of Food

Trying not to be troubled by the limited connectivety that Portugal offers. I’ve dealt with it for years.. but every trip I’m annoyed with the slow progress the nation makes. 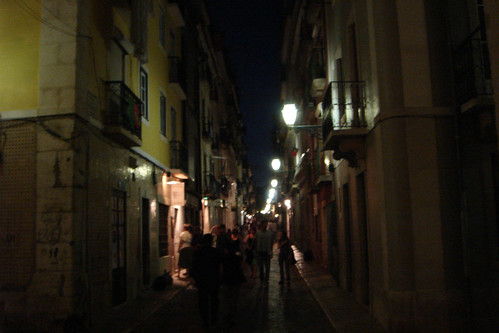 The interesting conversation over dinner is my topic for today. This evening, as I had just wandered back to Lisbon for some relaxing. Got called to dinner with JP and his very worldly family. Both his parents are very well schooled in History, just as he is, so naturally everything has its historical context… even things I’d never considered.

At some point the topic of food came up and where certain foods come from. And considering the very long colonial period of Portugal in relation to the rest of the world, it is interesting to know that in fact- it was Portugal that introduced alot of foods to parts of the world that had never heard of it. Some examples?:

Tea. I’ve heard this story for years. Portugal had a special relationship with China long before any other nations, and one thing they shared was this thing called tea. At some point, a Portuguese princess was visiting Bombay around 1650, and she asks for tea. Their hosts have never heard of it. They go looking in the stock of different spice and herb sellers.. and they find tea, which to that point, was not thought of as a drink. I think from there it becomes a known drink in Europe, especially with the British.

Beyond tea, Rice is also a big deal in Portugal and has been for centuries. But of course, rice arrived in Portugal thanks to very early trade with Asia in the pre-colonial days.

And the list goes on… corn.. which can be found all over the north of Portugal.. came from the Americas. They had a different version of corn here, prior, and it was barely worth eating.. apparently.

I’ll mention one last one for tonight… potatoes. Originally from the Andes mountains, apparently for a long time even after being introduced in Portugal, people saw the practice of eating the potato of the plant as disgusting. JP’s dad remembers his grandparents scoffing at the idea of eating that part of a potato plant.

Interestingly one thing that sticks out in my head, which his mother mentioned, is that these types of transplantation and plant introductions might today be viewed as dangerous and crazy. Then again, considering the widespread use of genetically modified foods, maybe the tradition continues with a whole new twist and a new set of risks that maybe weren’t considered back then. It may seem like a story that ended happily, with the whole world having more choice of food, but being that we understand more about the risks now than we did then, we should proceed responsibly. Still, amazing to think food that is considered typical of a nation, often has orgins that are far far away.

Vlog from the fields containing fruit and veggies…. forthcoming this weekend.