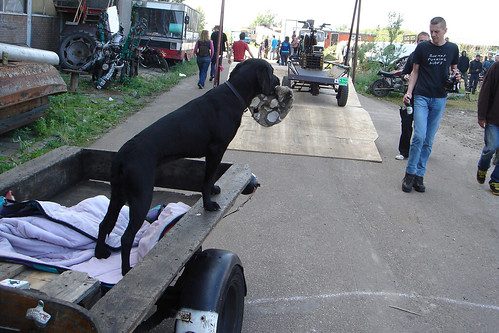 Every year I get invited by a friend at the U of Amsterdam who teaches a class on media, to do a guest lecture about alternative journalism internet and non-internet based. It is one of my favorite traditions, where I get to talk about all things from alternative weeklies to online newsites to blogs, vlogs, etc. Despite all the turmoil in the offline world, the internet continues to grow as a place for alternative voices and styles when it comes to journalism.

One of all time favorite weeklies in the united states, is the Seattle Weekly. I’ve never been to Seattle, and I’ve never actually had the pleasure of touching a real copy of the paper. But over the past 5 years, I’ve had the pleasure of reading it online, and it won me over long ago for its national news and yes- local news in the Seattle area. Which interests me in the general sense.

This evening I was skimming their feed, and right after I noted they had won several awards for their outstanding alternative reporting, I came accross an article that embodies the greatest part of being truely alternative:

Geov Parrish is a longtime journalist at the Seattle Weekly. On May 17th he wrote an article criticizing the US government’s Medicare Part D perscription drug plan. That in itself is certainly alternative. But here’s what makes it extra classic: he uses himself as the subject; his health and his expenses as someone who could and perhaps should enroll in the plan. He breaks down the numbers, his own personal situation, and presents evidence and arguements as to why the plan is a disaster, for him and most anyone.

And if I can’t make sense of all this—I am a well-informed, health-care-savvy middle-aged guy—what about my 81-year-old mother? And if Mom, who’s still pretty healthy and sharp, is befuddled by all this (and she is), how’s someone who’s elderly and physically or mentally compromised supposed to cope?

As I read it, although the medicare plan itself is insanely confusing, I recognized the strength and the true alternativeness of this article. Big mainstream journalists with all there so-called professional integrity and distance from their topics would never admitedly write about a subject they’re openly critical of while sharing personal details to develop an article. Some people like that fact. Myself, I admire the Seattle Weekly and Geov Parrish; I’m glad to see the alternative spirit lives on, offline and on.