Catching Up On Newark Related Issues

As many of ye blog readers know, yours truely was born and raised til his teen years in the ironbound section of the city of Newark, New Jersey. I often feel like the least likely candidate to be someone who came from Newark, especially when so many people around the world equate the city with violence, poverty, and the Sopranos. And while I love watching the Sopranos and the title sequence does get me nostalgic, today as I listen to radio open source, I listened to the words of one of the US’s greatest authors of all time, which reminded me of the city that shaped my childhood and to a larger extent, the life-course of my family from the late 60’s to the present. 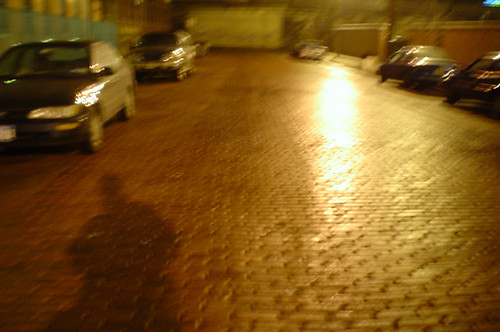 I’ve never read a Phillip Roth book, I’m ashamed to say. A tragedy I intend to remedy immediately, after hearing the way he describes his childhood; growing up in what was then Newark’s Jewish-Galician section. He spoke of his father, who was an insurance salesman, going door-to-door throughout the city, and how he knew every street and how every person made a living. And how after the riots in the 60’s, his father was like someone in shock, who would never recover from such a blow.

It reminded me of all my grandparents and the different jobs they had. Of my parents and brother, and their work for the city’s school system. I don’t know every street in Newark, but I like to pretend I do. The few times I get to walk around there each year, even in the Portuguese-Brazilian section, I feel like a stranger who sticks out like a sore thumb. As a child I think I felt the same way, yet still I love the city of my birth. I daydream of what it would be like to return and become a crusading journalist there. Much like Phillip Roth, who said that after living in Europe for some time, he suddenly realized that his home city was like an

“atlantis… a lost city..prague… the west bank.. a place that had a great historical fall.. and is still falling”

Of course I’m not Phillip Roth. Far from it. But that doesn’t stop me from feeling a bond with the man, and missing a city that probably doesn’t want me anymore, much like it doesn’t seem to want anything.

Still, I keep my eye on what’s happening. I see the new mayor, who might be a breath of fresh air. But I can also still see the wounds of the fallen city, where a perpetual state of corruption, despair, and disfunction, seem like an impossible weight to lift.