For we of the four day work week, the weekend has arrived. Which is good cause its 2am and I’m exhausted from my various jobs as well as podcasting til 3am last night. However, tomorrow will be time to take on the garden, as recently nature freed up some space and now I have room to plant and sun. 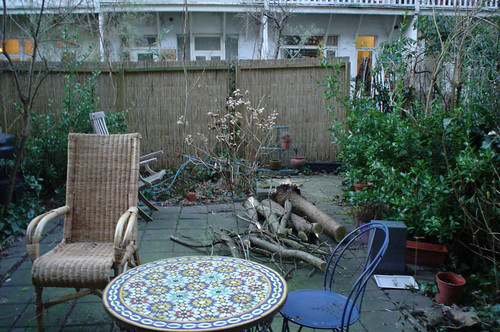 But before I go off to dreamland I wanted to talk about my new hero of videoblogging. Obviously I have lots of vlog idols, they’re all in my blogroll, as you can see with your own pretty eyes. However, I was watching some French vlog last week and the dude mentioned vinvin’s Bonjour America. I thought, that sounds fun, let’s go see…

What I discovered is my new favorite vlog. It is hilarious and fun, two things I usually don’t get enough of amidst my concern for the state of the world. VinVin explains all things French to the world, especially to Americans. But it’s the style he does it with, it has me spitting up my cereal every morning as I go through the new vlogs. Specifically I refer you to his episode where he makes a Big Poll of French People regarding the US, and then his epic French Cheese Project where he puts Blair Witch to shame.