Like many of you, I have my podcast listening habits. They include probably about 30 podcasts that Im subscribed to, 4-5 of which are essential for how I get my news and commentary about what is happenning in the world. Naturally I hope the topics they cover will be diverse, interesting, in-depth, etc. Often they are. But when something is all over the news, they usually all get into it at the same time. 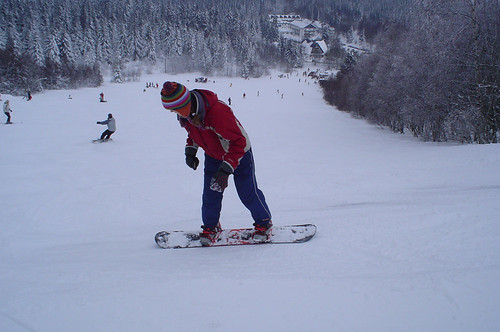 So in the last 2 weeks, with the story of the prophet mohammed comics (praise be to goddess), my core of podcasts has been all over it. Which is fine. But what occurred to me, as I listened to the 4th interview in 4 days with the Angry Arab Newservice blogger, is that these programs use a similar pack mentality as the mainstream does. What I mean is; they rely on the same sources, even when it comes to blogs!

This is disturbing to me as a journalist, blogger, and podcaster. One of the key differences between the blogosphere and the monoculture mainstream is that on the internet we have a plurality of voices and resources. Unfortunately this is still a relatively new concept, and many of those working in media were raised with the old pack mentality, and they still fall back on it. That’s how we get A-List bloggers who dominate the discussions online, or so we think. That’s why when I say Daily Kos, Instapundit, or HuffingtonPost, you know who Im talking about. It is these people that have been magically granted legitimacy from traditional media, they get the interview requests and the quotes in the washingtonpost. And as I mentioned, when this happens, they are unknowingly or knowingly trying to limit the amount of voices that can be heard, and putting the traditional limits on who can be part of the conversation.

I say it’s a mistake. Especially from programs that I respect very much and will never stop listening to, like Radio Open Source, On the Media, or DemocracyNow. I will personally call them on it when I see them comitting this error. and to the rest of the blogosphere, I urge you to break down the A-B-C lists, look beyond what you’re told is a big name, seek out what interests you and what captures your attention, regardless of how big or small they might be.

and for the love of allah, interview someone besides hoder or the angry arab, the man deserves a break, and there are plenty of good middle east based bloggers you can contact, like Miss Mubarak, Sabbah, or Beirut Spring.