So I was talking to a Parliamentarian

Sometime during the thanksgiving weekend extravaganzas, I found myself at the goodbye party for my dear friend and neighbor. As a dynamic international, naturally she had a lineup of multicultural/multilingual guests that would make Kofi Annan blush.

At one point I’m introduced to a very charming young couple. At first he spoke Portuguese to me and explained that he’d studied and lived there. Then his partner engaged me in conversation and we got into the topic of what the Netherlands is doing wrong/ what bothers me about life in this country. I was initially surprised by her curiousity, she pressed me to give specific points and seemed to feed off every point I brought up. So I gave her my grand list: 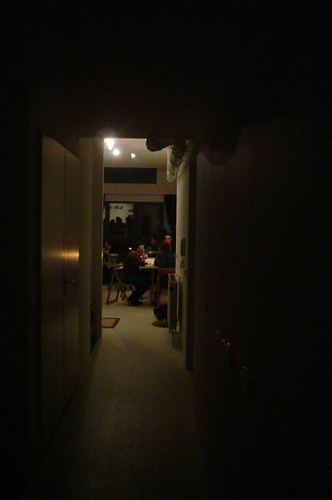 But here’s the kicker. After having this great conversation, the couple says goodbye as they have to leave. Later my friend comes over and asks, “So did you enjoy meeting your first Dutch Parliamentarian?”

I was speechless, I’d been going on and on, point by point about what policies were mistakes, and as it turns out, I was talking to someone with a very big say in all that (Green Party). And she seemed to love hearing my take… even agreed on many points. Small town, this Amsterdam.