The Death of OldSchool Alt Media

Whereas the internet is fertile ground for so much excellent alternative media and alternative styles of reporting on the world around us. I know that many of you, myself included, still look to those more traditional alt. newspapers we used to pick up for free on the streets of our favorite american city. Unfortunately not all that is rebellious and alternative stays that way. Unfortunately sometimes it becomes hip, trendy, and perhaps worst of all — profitable. No, I don’t completely blame profit, but america’s largest and once greatest weekly is in a tailspin, and I believe there’s no turning back. 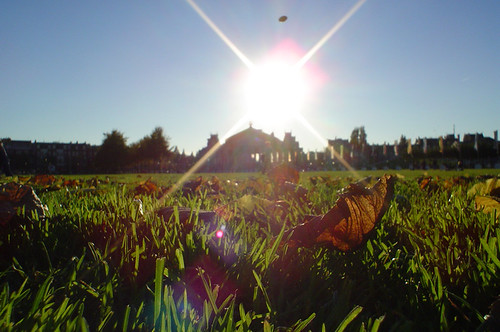 Beyond having been a research slave at the Village Voice, I have long been a huge fan and reader of their “no sacred cows”, grassroots style of journalism. Before I walked the halls for that brief and glorious period in my life, I believed it to be a temple – where my idols like Mailer, Newfield, and Ridgeway could be found yelling into phones and pounding passionately away at a keyboard.

Of course once I lived it on a daily basis, I came back down to earth, and saw the greatness, and the dark side of what had become a profitable alt. media conglomerate. There were indeed some legends and future stars hiding in those cubicals, and that was inspiring. But the company itself had run around buying up other alt. weeklies throughout the 90’s. They bought up the other LA alt. newspaper and dismantled it. If I didn’t know it was the Voice, I would have imagined it was the NY times or some Tribune company pulling such evil moves. Course it was all in the name of survival and growth, for the paper and for alternative press, I tried to buy into the rationale.

But this pit keeps getting deeper and darker. Couple of years ago, just as I finished interviewing some of the wonderful staff for my thesis on the sociology of alt. journalists; some of the finest activist-journalists on staff were let go. LET GO. Again, not a term I’d expect from a news organization that is supposed to be alternative to the stupidity of the mainstream.

And now, as Madame L pointed out to me this weekend, a journalist who I watched work on a daily basis during my brief time there, has filed a harassment lawsuit against the editor. I never knew the editor really… had two or three elevator conversations with him. But judging by how the place was being managed, and what an excellent journalist and human being Richard Goldstein is – I say where there’s smoke, there’s fire. And it is the entire institution of free alternative weekly press that is buring to the ground.

Sure Ill still go check the Voice to see what the few remaining survivors.. freedom fighters… are doing. But the reality is… abandon ship dear journalists.. come join the internets where you don’t get fired or forced into early retirement.