Reconsidering Syria, but Beware the Warmongers 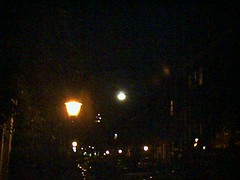 Earlier this week I voiced doubt that the Syrian president was the underhanded tyrant the American government claims him to be. I believed, as I still suspect, that the military/government machine that he was born into functioned largely without his consent/knowledge. So now a UN investigation has come out with information that links both the Syrian and Lebanese governments in the assasination of the late Lebanese PM. Although Im still reading through the results, I have to admit this changes my opinion of the quality of character of the Syrian president. But actually there’s something more that worries me in all this.

They want to ride this report all the way to war. The hawks.. the war-profiteers, the neo-conservative crusaders, they’ve been waiting for a good excuse and they’re trying to make this the rally point. I can see it already in all the reports in all the government statements, they’re claiming that “something must be done.” Not that they do anything to intervene in Zimbabwe, Sudan, or Russia.. when those governments actively silence or kill opposition leaders.

It sounds perposterous. A government that is up to its neck in debt. Which lacks the military resources or public support, will invade yet another country in the name of “democracy” or “freedom” or whatever catch phrase they decide to go with this time. But it’s happening.. the wheels are turning.. and they’re going to push for it. And that, my friends, is bullshit.