Gore Vidal Must Be Heard

I just wrote and lost a post about how the Syrian president is in no way the evil dude the white house tries to paint him as. Matter of fact, I find him charming in that odd sort of tall lanky middle eastern prodigy – way. And when he’s speaking english, he’s super timid. and somehow this is the tyranical president who needs to have his country invaded? bah. 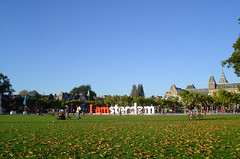 But my real point today is to urge you to listen to Gore Vidal on radio nation. I listened to it twice and rewinded frequently because he is among the most prolific and intelligent humans to ever walk the earth. Matter of fact, he is one of the inspirations for my decision to leave the US and live in Europe — he was/is also in self-imposed exile in Italy.

Amongst his great points — he talks about the new low the current government has taken the US image to. Having disrespected virtually every nation on earth and being completely in-your-face about hostile and irrational policies. he also concludes that if the current white house continues its downward spiral, their next move will be – MARTIAL LAW. Shocking eh? don’t believe it? well.. look how they handled new orleans. Pass everything off to the military and private security. When the host responded – would the american people stand for that? Vidal responded – “They’ll stand for anything and they’ll stand for nothing.” – Thats my Gore!