The Story of NOLA

As the evening became morning here in the Netherlands, I spoke with my dear Ms Thingk last night. One of my most favorite people in the world, who around this time last year, I met here at the fishtank, where I work. Now dwelling in the people’s republic of brooklyn, Ms. T asked me about A-Ren… said she hadn’t seen any photos of him lately. And that got me thinking… 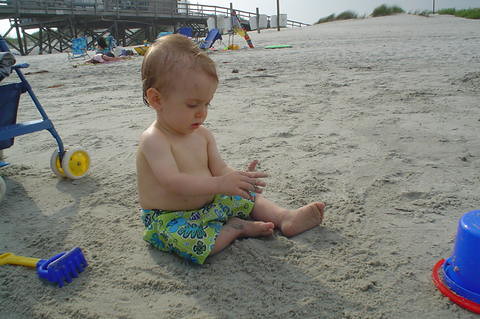 Years from now.. say 10… my wonderful nephew will sit with me and ask about what happenned in New Orleans, and the entire gulf coast, at the end of Summer 2005. It will be one of those “where were you when” questions, like people do for JFK and 9/11. And I’ll sadly tell him all about it; the reports, the neglect, the suffering… you know the drill.

But what about that world where my nephew will live. That era.. the 2030’s when he’s closer to my age now… will the major media be just as irresponsible as it is today? Will the public still have no stomach for the horryfing state of the world? Will he switch away from the news when he see’s the suffering still going on in Zimbabwe or downtown Detroit?

I say he won’t. But I can’t say the same for the world around him. The way this disfunctional society works is a long and established system. It repeats itself over and over. Tragedy-Recovery-Resolve-Repeat… slight variations on the same theme. In some cases we’ve seen signs of potential. But as a student (in the school of life) of history.. its hard to not be a cynic. I’ll have to find some way to give my nephew hope, for him to help create a better world in his way. Sort of like his lazy uncle does.