Since its Friday night/Saturday morning, and this town is bustling with partying people… I bring you — Comment Madness from this past week: 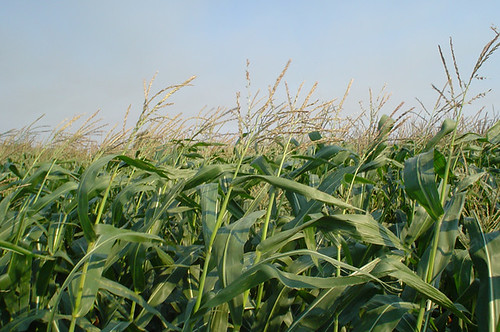 Ectropy in reponse to my post about the sad truth that black people’s lives are worth less then white lives worldwide:

This type of racism is worldwide like you said. It goes beyond the Jim Crowe laws. Its not the lynching type of racism. Its deeper. Its institutionalized. Its sad and pathetic. We see it all the time on a global scale. Just look at the trouble in Africa going back decades. I watched “Sometimes In April” over the weekend about Rwanda in ’94. One of the most disturbing scenes is where the foreign (I believe they were French) military went to a French school to evacuate all the ex-pats. They were shoving the Africans away from the buses while rescuing all the white people. As soon as the convoy left, people with machetes came out of the woods and killed every African that was left there.
This problem has no borders. It makes me sick.

Ms Thingk on Bush appointing himself to investigate his own wrong doings:

… and if bush has committed any wrongdoing in responding to the disaster… well, he’ll just have his people do a “study” and come up with statistics that tell the opposite!
if at first you don’t find the shit you’re looking for, look, look, again!

Brian on the ups and downs of Union life:

I can certainly speak from experience that in my district most of the money goes to building schools and getting good textbooks and equipment for the kids. The teacher salaries come much further down on priorities. We have a decent union and I support it, even though it has its problems, as do all unions. But I cherish my right to collective bargaining, and it has helped us a great deal as a profession.

And finally, the man, the myth, the legend – ShuManFu on the aftermath:

anyway, you’re initial point about the short attention span of americans is spot on. however, i think the events of the last week have stirred an otherwise complacent news media from it’s slumber. a lot of it has to do with so many reporters being in the thick of it and actually LIVING the disconnect between the reality of NOLA and what the bush admin was saying. the newest thing seems to be national guardsmen and police preventing journalists from taking pictures of the carnage. still, i’m actually hopeful that the mainstream media can continue to galvanize the anger of the american people.

i can feel it in the air. every 2nd term of the recent presidents was mired in controversy. clinton had monica. reagan had iran/contra. nixon had watergate. the pendulum is about to swing for the neo-cons. maybe the leftists need to hold a pat robertson-esque prayer vigil for death. we can re-animate bill hicks to be our grand poobah. “oh lord who doth not exist, take the cancer from renquist’s brain and place equal portions in each ball of karl rove, leaving just enough to rot out his colon, in thine mercy.”
amen