Welcome everyone, to my first installment of: I See Dead Historical Figures the series that takes my favorite historical figures who have been dead for quite awhile and asks them what they think of things. This new segment is partially inspired by the work of the Busblog, Winter of Discontent, etc., who have pushed the art of the interview to new heights. 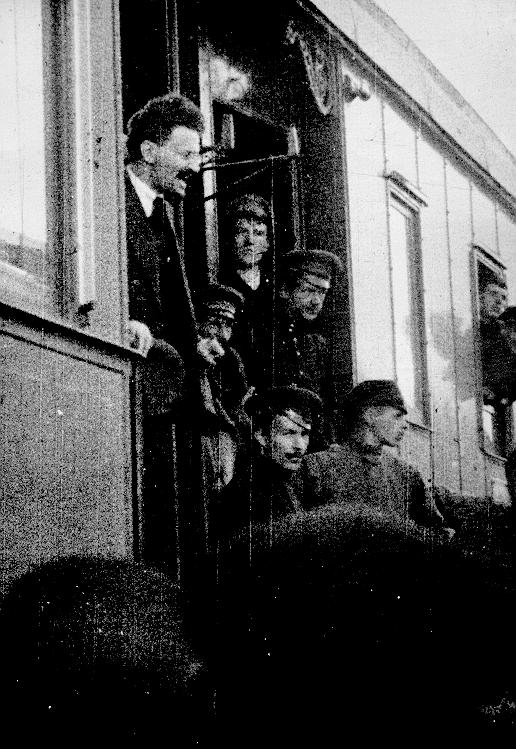 BM: First of all Mr. Trotsky, thanks for coming on the blog, especially at such short notice during the holiday season.

LT: please… you will call me comrad.. and spell everything with lowercase letters, just like mr. e.e. cummings and the busblog.

BM: Very well comrad, I see you’ve kept up with developments in the literary world from the afterlife, including blogs?

LT: indeed there is much time for reading after one’s death… and you wouldn’t believe the bandwith and processor speeds we dead people get. i don’t miss a single post from green catfish, or BitchPHD; that pseudonymous kid cracks me up, and occasionally I consult your weblog.

BM: Wow. But lets get away from blogs, lets get back to mexico city, what were those last days in exile like?

LT: purple haze dear comrad… purple haze. although I had barricaded myself into my own personal prison, i had everykind of earthly pleasure my heart desired. except for indoor plumming, what a bitch that was. still, all i did was write and read newspapers… sometimes all day and night, somewhat the way you bloggers might do it.

BM: Were you surprised to have been killed the way you were?

LT: what kind of inbecile questions are these? I’m the founder of the red army for fuck sakes… if I still had body guards i’d have you removed. Perhaps in your own uneducated way, you mean, did i expect to die — yes i did. I knew that bloated bastard koba had his assasins all over mexico city looking for me. the only thing i didn’t expect is that the moron would use the blunt side of the ax. what sort of uncoordinated fool manages to use the wrong end of an ax to kill someone? ironically we still had time to chat about the plight of the proletariat world wide. idiot.

BM: Were you surprised about how the USSR ended? And the last 15 years of world politics?

LT: oh please. it was long overdue. all those bourgois oligarchs pretending to be communists, i tell you… i turned over in my grave for 50 years, it was tiring. i had always said you needed to have a world revolution if it were to really work, otherwise you get places like cuba; poor but with a decent quality of life, surrounded by capitalism, and always on the verge of collapse. too bad the country had to fall in the hands of a new generation of drunk old men and remenents of the white russian army, like putin. still.. i kind of liked that gorbachev… the time of comrad i would have been able to work with.

BM: And what about the west? Bush…terrorism.. etc.

LT: I’m not sure your weblog would have enough space. wbush reminds me of your ted roosevelt and his laughable rough-riders with their cowboy hats and every-human-for-himself philosophy. As a writer and an intellectual, I shudder everytime I hear him speak, and fear the day when he publishes a book. Even if it were a children’s book, I weep for the child that attempts to read it. Terrorism is as old as the world. It strikes me as odd the way many speak of it as a phenonmenon of this melenium.

BM: well comrad, I must be going, my parents are expecting me at their beach bungalow. Before I go… any chances of re-incarnation?

LT: You think you have it tough? I led the bolshevics to victory, and now that damn putin is repealing the 1917 revolution as a national holiday. You privelaged scoundrel, you know nothing of sufferring. As far as re-incarnation, there is a long waiting list. My number should be called in 2006, hopefully I come back somewhere in London.. the place where I actually used to have sex appeal and occasionally.. some fun.

Well there you have it, a perfectly boring new segment on the blog.