Everyone else had already boarded the rather large and spacious boat, the engine was running, and the beer/wine was securely stowed. The Torontonienne was attempting to keep what was left of her balance after one of those unbeatable Amy-dinners. As she stepped from the random boat that we were double parked with I whisper, “I’m so blogging about this!” To which she smiles and replies, “Your such a nerd.”

And so it is, and so it was, courtesy of Big Jim, a man who knows about water, and a veteran Jersey exile who once again – makes me proud of the people coming out of my homestate. He took us around on the fantastic vessel which had actually been salvaged, a once sunken treasure now decorated with church candles, random expats, and the beer I spilled around 2am. 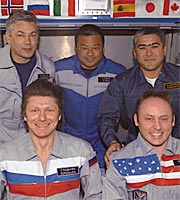 This is not one of those “here’s what I did last night” posts. This is about a new goal or a renewed goal in my life which Big Jim accomplished in the mid nineties. The man rode a Yamaha motorcycle (he says he’s not actually into motorcycles) from the UK to Saudi Arabia and then thru Asia down to Indonesia. I’m sure some other dinner guests saw me drooling for more of his stories. I kept stopping him in certain countries, shouting things like “Did you make it down to the Atlas mountains?”, “What was Sarajevo like, all destroyed?”, “Did they give you shit at the Israeli border with Jordan?”, “Did you see mount Ararat?”, oh and the all-important “Had the entire Nepalese Royal Family been gunned down yet?” He seemed to welcome the interruptions, and told stories of bribing middle eastern border patrols with German porno mags given to him by random truckers. Or the futuristicness of Dubai and the UAE.

The journey took him 3 years. 3 YEARS! I kept thinking… could I? Will I? I can definitely say this, when I do, I’m going to my new friend Big Jim to plan my route. But I suspect it won’t be as long. I think the first thing I’m going to get working on is re-doing the Guevara/Granada trek from Argentina down and around the South American cone. And no, I doubt I’ll go by motorcycle.

Like the Fenway Park, the Communiqu? has been setting attendance records this week. I hope that means new readers, be they old or new friends, or simply folks I haven’t met yet, I like having discussions, welcome to the blog!

AND – This is an announcement: After lengthy discussion, and still standing by most of the points I have made, I have decided to put the blogs electoral support behind JFK.


Because I wish his wife could be president.

Because I intend to be his biggest critic once his worse-than-Clinton ass gets into office.

Because I reserve the right to change my mind and be a hypocrite where and whenever I please.

Because I still love Nader, Peltier and Cobb, and I’ll defend them at any dinner party.

Because yeah, I want to see Bushie shrivel up and be forgotten like his loser father.

So that’s it, I’m laying down my guns until this election is over, which according to past experiences should be sometime in December right?

And And- Happy 111 years of age, to the man who inspires me to blog.

*NOTE – This ol’park might return next week. I’m too beat and busy today.*