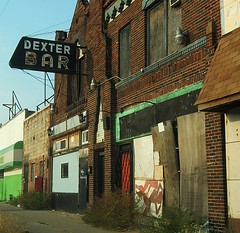 A cycle? Or an explosion?

I often listen to my own podcast. Might sound strange, but one of my rituals, besides losing most of my nights sleep preparing a podcast, is to listen to it the next day as I ride my bike through town. I listen to try and hear what others might hear; an idea or an experience that teaches me something, gives me a new idea or leads to deeper questions.

Lately I’ve noticed a common thread; through all the podcasts about work, income, quality of life, and history. That common thread is the question of whether or not things are happening as part of a cycle or have we reached some kind of major confrontation.

I’m referring to the strikes but I’m also referring to the inequality in the world. I’ve read the reports, looked at the statistics, and listened to individuals tell their stories and their evaluations about this moment in history. The strikes around the world, pitting people struggling to make a living against companies or governments who also struggle to do what they think is necessary for the future. Pension cuts, job cuts, contract negotiations collapsing, governments against workers, corporations against workers, public opinion against strikers, the conflicts and alliances go on and on.

Of course I’m too young to make some bold statement that this is some unique moment in history. Whenever I ask more experienced people they give me a mix of reactions, that these things happen in cycles and this is just the return of old stuggles as old as time itself.

In a recent interview for a forthcoming podcast, I asked a very excellent journalist who covers labor, if he thinks we’ve reached some climax in the struggle to make ends-meat. He didn’t see it as a climax, yet he did talk about what a huge boom of interest there is for his work now more than ever before. More and more individuals want to know about their rights as working people, and have a clear idea of their wages and benefits and they’re using the internet to find out about these issues.

Still I’m left wondering… is this truly a unique moment in history? Is this more of the same or the return of some age-old cycle?

Sometime around the spring of 1999, I stepped into my first day of a class that would change my life forever. It was African-American politics at William Paterson U, and in walked a polite and mild mannered man who would later become one of my most valued friends and mentors.

Actually I think it was more dramatic than that… Yemane was (and is) excellent at breaking down the world around us. From that point on politics, understanding who gets what, why, and how, became an obsession.

This week I see a familiar statistic… the global concentration of wealth report reveals that in the last 5 years… that pyramid has gotten worse. The people at the top, the small group, have gotten richer than ever before. And the rest of the people in that pyramid, the majority of people in our world, have gotten poorer.

The updated and more accurate statistic from the report is as follows:

I’ve always believed that this statistic is one of the best places to start if you want to pick apart what is wrong with the world. If you want to spark people’s concern and interest in figuring out why this has happened and the tremendous price humans pay because of this mind boggling inequality.

Later this week I’ll have a podcast on this topic, with guests. So stay tuned. 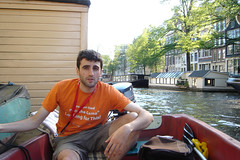