A Young and Watchful Eye on Changes 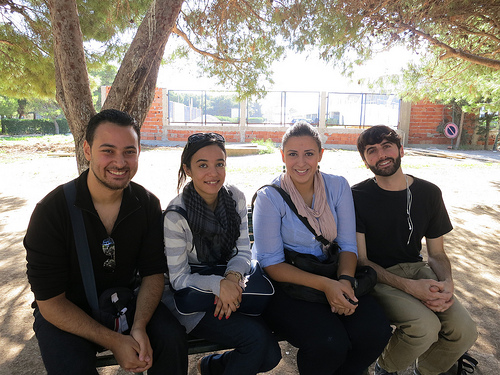 Youth has long been the buzz word connecting to the uprisings in North Africa and in the Middle East in the spring of 2011. A demographic shift, we’ve been told, combined with economic and social conditions, resulted in a new resistence culture with new strategies and goals for their respective countries.  Tunisia was one such country, where the median age is 30, and multi-lingual, interconnected youth played an essential role in spearheading the pressure that would lead Ben Ali to flee the country.  Now they are also an important part of safeguarding and assessing the changes that are taking place.  On today’s podcast, we sit in a part in Tunis, together with 3 young people working in the field of non-profit watch dog organizations.  In our 40+ minute conversation you will hear from Amir Kamergi, Khaoula Mhatli, and Yosra Mkadem, regarding the work they are doing and their individual and collective experiences and opinions regarding what is up with Tunisia today, how far we’ve come, and what to make of the future.

“It’s like shock therapy. Something happened that we never expected…  it’s getting better each day, people are growing up… and that’s the great thing about our revolution… we know what we want.” – Yosra Mkadem 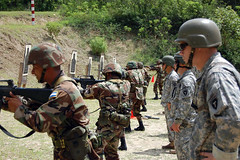 David Simon, creator of The Wire, was on Bill Moyers journal this past week.? Before getting into the world of writing and directing television, he was a journalist in Baltimore for many years. At that job he got to watch how the police force, city government, and school system work, or perhaps we could say, don’t work.

At one point in part 1, Simon touches on a topic that says alot about how our world works – the use of statistics to justify some plan or political goal.?? Specifically he says:

Simon gets into how when the mayor of Baltimore wanted higher arrest numbers and the police department wanted to show those stats, they would go around arresting anyone they could including people sitting on their front steps (loitering in a drug-free zone). But he points to how the same logic applies in the school system where students are taught only what they need to get test answers right and increase the test scores. Or how the media are more concerned about winning awards and pleasing managers rather than doing difficult investigative reports and connecting those reports to the bigger picture.

As Simon mentions, this same way of thinking can be found in the current financial crisis… showing good numbers to please investors even if those numbers are based on toxic assets and loans that people can’t pay back.

Its enough to make a person think twice when they rely on the old logic “Just the facts m’am”, as journalists so often have throughout history. Stats can be , and often are,? used and abused. It takes alot more than stats to tell a story and understand an issue.

Indeed Kofi Annan confirmed my observations when he and the Mo Ibrahim foundation gave Chissano the honor of a good governance award. On a continent where certain leaders seem to hold on to power until it is pried out of their dead hands, he seems to indeed be a good example.

Speaking on The State We’re In last week, the foundation’s namesake, Ibrahim said that his award involves giving money to that person so that they can continue to do good work through organizations and campaigns to improve lives in Africa. He spoke about how in the west, leaders seem to make good money after leaving office (foundations, think tanks, book deals, etc).. yet in Africa, he said… leaders often sit in office making themselves rich in order to stay rich once out of office. This way, in his view, they can say to leaders, just do your job as an elected leader, when you’re finished, there will be this money for you to continue to be the champion for your cause, don’t worry about not having funds.

Interesting idea….this Ibrahim gentlemen is on to something.