Tony Pierce talks to people for a living. They tell him about how life is these days, what jobs they do, what challenges they face, and what they make of the crazy world around them. As a longtime resident of LA and blogger extraordinaire, who better to hear from during a pandemic to learn how life is for Angelinos. We discuss things like how LA feels today, what is good about working from home in this crisis, and how people are coping in different communities. We also look back on our glorious past and how we got here internet-wise. Also safe places to park your plane or new car. Today on the podcast, we spend the hour with the great Tony Pierce!

Ballot initiatives are not the only battle ground in the struggle for equal rights in the United States. One year after California voters passed a proposition banning gay marriage, a court battle has begun to overturn that ban and prove that gay and lesbian couples should have the same right to marry as heterosexual couples do.

My guest is communications consultant, videoblogger, world citizen Jeffrey Taylor who joins me on the program from San Francisco. In this podcast he helps explain what this trial means, what both sides are doing in court, what could happen depending on the outcome, and all other aspects of the trial. We also get into the difference between fighting a battle for equal rights through the ballot box versus doing it in the courts and in the legislature.

Also his blog The Accidental Activist or the Prop 8 Trial Tracker are good places to read and follow deeper links. 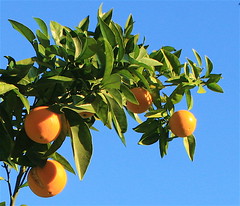 People in the US and around the world are used to getting their fruits and veggies from California. But will Cali be able to deliver if their water system collapses?

My guest Dr. Juliet Christian-Smith, Senior Research Associate with the Pacific Institute’s Water Program, joins me to discuss their report “Sustaining California Agriculture in an Uncertain Future”. The report lays out how the state’s agriculture can survive through water conservation and new irrigation methods.

We get into large and small scale farms as well as the role of the federal, state, and local government. Above all is the question of whether or not producers will do what needs to be done, or are we looking at the end of an era.

The Report: Sustaining California Agriculture in an Uncertain Future