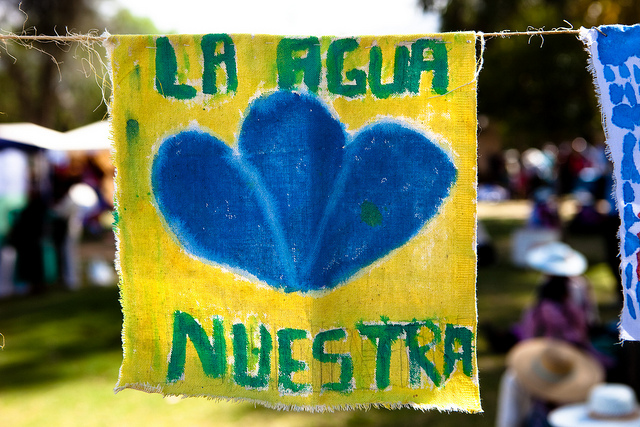 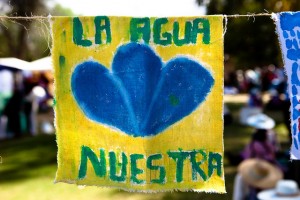 Will War on Drugs Finally End?

The US government answered back to the Bolivian government’s charge that they have actively encouraged drug trafficing. The answer, as you would expect, was a denial.

It was earlier this week that Evo Morales announced that Bolivia was ending its cooperation with the so-called US war on drugs due to certian US agencies’ activities in the country.? He told reporters that his country would handle its own problems and policies when it came to drug trafficing.

Interestingly it was investigative journalist Jeremy Bigwood who uncovered alot of the details on the US government acitivities in Bolivia, specifically evidence about the attempt to buy political and policy influence. There’s a good video of Bigwood’s presentation of this evidence, I recommend you check it out.

Bolivia is certainly not along in its frustration with US agencies and the drug war, and with a new more open-minded administration soon to take power in the US, the question is – will the US finally withdraw from the problem-plagued drug war?

Santa Cruz has 1.5 million people, the largest city in Bolivia.  It also has the most money in Bolivia, 30% of the country’s GDP. Where does that money come from? -Natural resources;natural gas.

When Evo was elected president, he had promised to do something about the plundering and exploitation of natural resources by international corportations, which had long taken the resources and made little to no investment in Bolivia to improve quality of life.  His strategy has been to push for the nationalization of these resources, which – although popular amongst many social movements – has triggered a very strong and angry reaction from the upper class and business leaders who did manage to benefit in the old system.

Now Santa Cruz has held a referendum, and whether it is legitimate or not, the results show strong signs that the province wants full autonomy.  This means the wealth it produces will be kept from the central government, kept from the rest of Bolivia to help pay for the running of the country.

It is a typical conflict of the last 50 years, whether you’re in Bolivia, Central Africa, or right here on the continent of Europe.  The have’s want nothing to do with the have not’s, and they will go to great lengths to keep from losing anything to them.

Among the historical comparisons that come to mind, I think of the province of Katanga in Congo, which broke away from Congo at a most critical moment in the nation’s founding.  Shored up by Belgian mining companies and the Belgian military, the government of the province would later get custody of legendary political leader and prime minister Patrice Lumumba, who they would torture, murder, and then see to it that each piece of his body would be chopped up and disolved in sulfuric acid, to ensure that no one could ever identify his body.

No comparison, different situation, certainly.  But it reminds me of how far these kinds struggles for control of wealth can and do go.

Lots of Amsterdam related stories to tell in the coming week. But tonight, I need to salvage whatever sleeping hours I can as a cousin is stopping over at the airport in the early morning and I must head there for tea.

In the meantime, I’d like to express how proud I am, like a proud video-father, as John has officially put up his own vlogs with himself as the star. There is no stopping him now. Look out disney.

Oh and on a more serious note, I’m reading more and more about Bolivia and the seeming political meltdown going against Evo. Or at least, that’s what it seems like. More on this one soon.