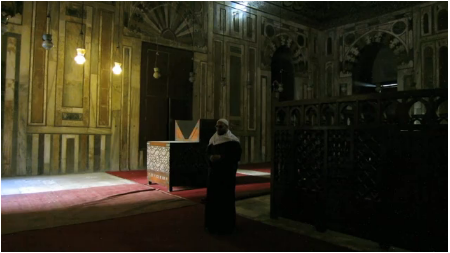 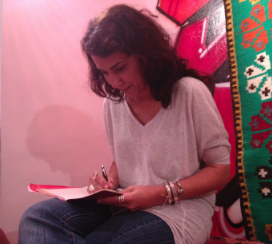 I’ve learned that Tunisia has a fantastic tradition, especially since the Uprising* of 2011, of cartoons with attitude. Nadia Khiari’s “Willis from Tunis” was born from the new freedom to express yourself and criticise things in public and he has wasted no time in becoming a recognized symbol and fearless critic of politics, culture, and Tunisian society in general. But behind the crazy cat there is an even cooler person, a Nadia that knows what she wants out of life and for her country, and since waking up from being a self proclaimed “zombie under the dictatorship”, she is now determined to never stop living her dream – making cartoons.

(Audio features Chris Lydon asking the questions, and me behind the scenes)

* I have decided for myself, with the help of many wise friends, to stop calling it a revolution or a spring, and start calling it an upheaval or uprising.

Black Friday – A Day of Resistance

Contrary to what the media tells us, Black Friday is not about shopping. The real Black Friday was about resistance, as on May 13, 1960 students in San Francisco stood up to the powerful House SubCommittee on UnAmerican activities which blacklisted and attempted to destroy the lives of countless creative and critical voices in the United States. The police turned the fire hoses on them and the crowd struggled to hold their ground. In the courtroom they sang and they chanted “We Shall Not be Moved!” That is the real story of Black Friday!

Occupy Amsterdam is officially one week old. Occupy Wall Street is now over a month old. Around the world masses of people occupy their public spaces to discuss and demand big changes in how governments and business have been conducting themselves for the last few decades.  Many do what they have always done: watch it on TV, read about it in the press, discredit the idea of taking action on such a broad scale.  Still the whole world is watching, the authorities are scared, they seek to find ways to diffuse the energy and passion that has been unleashed and seems to keep growing.  They’re counting on the weather, the entertainment industry, costs of living, and sometimes elements of public safety to shut down this dangerous movement.  After all, those in charge have built their careers on this system. They’re power and lifestyle depends on it.

Today at #OccupyAmsterdam, as I’ve been doing each day this week, I was speaking with people, interviewing, collecting information and testimony to report to you the audience.  Being the activist- journalist that I am, I climbed up on stage to say something.

My Buddy Marc took video that includes crowd shots. If you’re interested in seeing more of the atmosphere today.