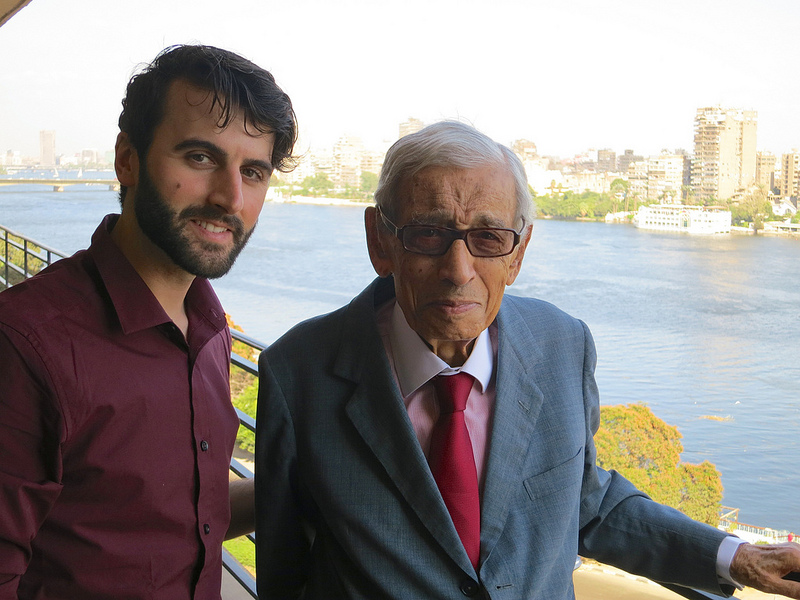 As part of the Arab Artists in a Revolution series, during our three weeks in Cairo, we had the pleasure of meeting up with the former UN Secretary General Boutros Boutros-Ghali. He may not be an artist but at 90 years of age, he is an extremely experienced observer of Egypt and the world, who is passionate about humanity and its problems. In this interview we meet in his living room over looking the Nile, the river that is “like a god” to him and who’s present and future crisis he see’s as 100% tied to that of Egypt.

On the occasion of his 90th Birthday, Dr. Boutros and I in Cairo. November 2012.

Unlike previous interviews in this series, you may find (as we did) that this one does not go smoothly. Dr. Boutros doesn’t always like the kind of questions where you have to use your imagination, the “Academic questions” as he calls them, “that help fill pages of the newspaper”.  Yet despite his frustration with the media, he lays out the state of Egypt on the global scale; what is happening, why it is happening, and the key questions that people inside and outside the country should be – but are not- asking.