Not Death But Taxes

Since this here blog began, and especially since it has blossomed (to quote the prolific Verbal Chameleon), I have gotten lots of emails from strangers. One turned out to be a long-lost cousin in Calipornia, sometime they are from fellow Luso’s. (Luso means linked to Portugal or Portuguese Culture)some just wanted to say they read and enjoy, but still others ask advice; something like: “I want to go live outside the US BM! Can you give me some advice?” And since I too received lots of advice along the way, I reply with long and very thought out responses. A bit of rah-rah go live wherever your heart takes you. But never forgetting a bit of, as my friend crazy dr. m reminded me this evening, you cannot link all your happiness to a place. Place matters, I do believe that. But I also believe and have experienced that whatever is troubling you, the problems that haunt you will follow you wherever you move to. Turning your potential paradise in pamplona into just another miserable year for the running of the bulls.

But lately I’m haunted by one of those dirty details that will bite you in the arse no matter where you move to. Tackses! Spelling it different might throw the IRS off, and when I say IRS, I mean those mean-ass tacks collectors who crunch my numbers in the US, Portugal, and the Netherlands. Yeah.. you heard right. This triple personality disorder can result in a bit of a mess. I can speak THE dutch, but read a tacks form in dutch? I can barely do that in the queen’s english. gulp. Anybody a Dutch accountant by any chance? 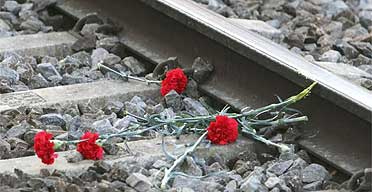 This is not to discourage you. No No. As I’ve often written, immigrating from one’s country of birth is an honorable and timeless tradition. I hate how sometimes the US is seen as immune from this tradition. They talk and talk about immigrants moving to the states, I want to talk about emmigrants, who left the country and made lives for themselves around the world! What do you think the percentage is anyway? statistics.. I’ll work on that.

Sniff sniff… my whiting with potatoes in a veggie sauce must be ready! midnight is a good time to have my dinner.

Oh.. and tonight we’re remembering the anniversary – March 11th… and the Madrid bombings. Much respect and love to all those affected.