First thing I asked my mom when she called me from NJ yesterday, “Describe to me what my father is doing right now.” She laughed at said (in Portuguese):

“oh you know the scene, bowl of oatmeal. big cup of coffee with lots of milk, Star-Ledger News section to his left, cross-word puzzle to the right. He’s filled half of it in, and has gotten stuck. Of course, he’ll pick it up again later today and find more answers. No one has a breakfast that takes as long as your father’s.”

I was having fun listening to this. Obviously a simple and familiar scene, but for so many years of my life, I was right there to his right on a saturday morning. Swapping sections with him, and filling in all the popular culture and international politics clues. Dad’s department is always actors, music and movies from the old days, history, foreign languages (though I’ve caught up with him there). Sometimes we’d discuss the news, or dad would point to some guy in the paper and say “oh yeah, I remember this guy, he used to do this and that in Newark when I first came to the US.” And of course I’ll be right back there working on the crossword come Christmas time or whenever I go home to visit. Ah the memories.

Last night, over the finest Portuguese-style baked/roasted Swordfish, the Torontonienne and I discussed a related issue. When you come back to a place where you once lived, but you come as a visitor. We both kind of shuttered at the idea of returning to Amsterdam as visitors. Well into my third year living here, I have no desire to experience such a feeling. But I do get it whenever I return to Lisbon, Paterson, and then there’s Aix-en-Provence, where I once lived and haven’t been motivated enough to return since 2000. That whole feeling of, “this used to be my life, but that’s long gone,” is so often more bitter than sweet. 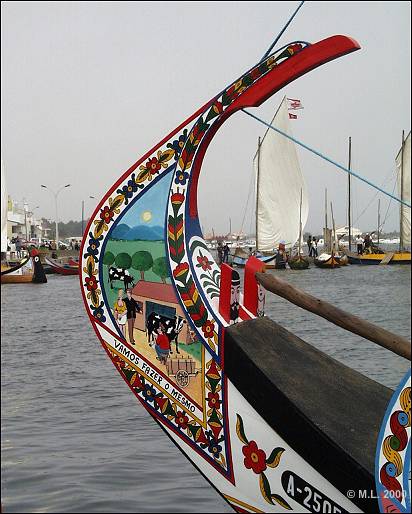 But of course, it can be fantastic, to remember. I take every chance I can get to go with my Dad to Murtosa(population: 1,364), in Portugal. He’ll stop at random places, point to a building or a lot, and suddenly start piecing together a memory. This is where the tailor lived, this is where the dairy was, this man moved to Canada, this man moved to the states and later died in Vietnam. The most stories come when we visit the cemetery. Dad is able to point to most headstones – those classic Portuguese white marble monstrosities with sepia photos of the people that are buried there – and he can tell you what that person used to do and what part of the world they immigrated to. In recent years, when he tells the stories, I try to memorize who is who, so that one day I can tell the stories as well. I can see it now, Bicyclemark’s guided tours of a small town Portuguese cemeteries. We might even do it on bike, since these places just keep expanding.

Less serious note, the Busblog Fantasy B-Ball draft is this evening, I need some advice on who to draft for my team: The Stoned Tourists. For now, I’m sticking with my “choose non-American players or New Jerseans” strategy. But I’m pretty sure that won’t work for long.