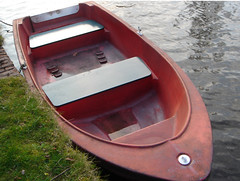 Only a month ago the international community was demanding and encouraging free and fair elections in Palestine. But then HAMAS was elected, ever since then the international community has turned their back on the new government, withheld funds, and are now holding them partially responsible for any violence against Israel. What story do the numbers tell? What’s left of the budget without that aid money? And what about the effectiveness of the age-old strategy known as “we don’t negociate with terrorists,” or in this case: a party with ties to suicide bombing and the use of violence, now with a newfound political responsibility for the lives of over 2 million people. Where will this political and financial stalemate take us?

Music:
Faudel – Aveuglé par l’amour
Final Fantasy – None of you will ever see a penny
Elvis Costello – the other side of town
Talib Kweli – Get By

——
podcast made possible by you the listener and also Springheeljack.net