bm182 From Belgrade, Focusing on Kosovo 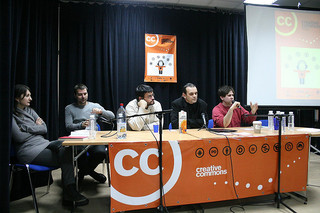 The region of Kosovo seems to have fallen out of the international media conversation. It has lost the sexiness it had in the 90’s. Yet thousands of troops and international workers are there, not to mention the Kosovars themselves. But what can the future hold for them?

To discuss this and related themes, I went to visit Vlidi at his home in Belgrade. He has been to Kosovo several times for different reasons, and has much to say about what is going on there.

We discuss:
– His visits to Kosovo in 04 and 05
– The interviews he conducted there.
– Background, why has all this happenned in Kosovo
– The territory during Yugoslavia
– Population, politics, and quality of life
– The economic significance of Kosovo
– Dependency
– Lessons not learned
– Drawing Borders to Remove Borders
– Meaning for Serbia

Vlidi’s site
I mentioned Rex, in Belgrade. (love them!)